MedicalResearch.com Interview with: Neha Agrawal PhD Department of Physiology Development and Neuroscience University of Cambridge MedicalResearch.com: What is the background for this study? Response: Obesity levels are rising rapidly around the world and are a major risk factor for diseases such as Type 2 diabetes, cancers and recently, COVID-19. New strategies to understand obesity are thus needed to prevent and treat obesity and associated disease. Genetic studies in humans have shown that 40-70% of variation in body weight depends on our genes. Therefore, identifying genes linked to obesity and understanding their function can be a useful way to both understand how we gain weight and identify potential targets for weight loss therapy. However, human genetic obesity studies face significant limitations in identifying causal obesity genes and understanding their relationship to weight gain in human patients. The model system Drosophila melanogaster (Fruit flies) has provided vital insights into fundamental biology and human diseases for over a century. It is a powerful genetic model with well conserved metabolic pathways. Fruit flies also gain weight when fed a high-sugar or high-fat diet and develop heart disease and diabetes. We therefore decided to use fruit flies to identify novel obesity genes and their site of action in the body. END_OF_DOCUMENT_TOKEN_TO_BE_REPLACED
Continue Reading
Author Interviews, Pediatrics, Weight Research / 09.11.2019 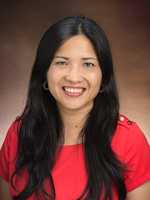 MedicalResearch.com Interview with: Jennifer Panganiban, MD Division of Gastroenterology, Hepatology and Nutrition Director, Non Alcoholic Fatty Liver Disease Clinic Children's Hospital of Philadelphia MedicalResearch.com: What is the background for this study? Response: Obesity now affects 1 in 5 children and adolescents in the United States with an estimated prevalence of 13.7 million. We know that this is not only an issue in the US but a worldwide epidemic. Lifestyle modification is the primary treatment of obesity, which can be successful but is limited. Off-label use of medications for weight loss in youth is increasing secondary to the limited availability of FDA approved medications for weight-loss.  END_OF_DOCUMENT_TOKEN_TO_BE_REPLACED
Continue Reading
Author Interviews, Weight Research / 16.11.2018

Gelesis100 Hydrogel In Development For Weight Loss and Obesity

MedicalResearch.com Interview with: Dr. Jamy Ard MD Professor of Epidemiology and Prevention Co-director,the Wake Forest Baptist Health Weight Management Center Wake Forest School of Medicine MedicalResearch.com: What is the background for this study? What are the main findings? Response: Obesity continues to be a growing health challenge, and doctors need as many resources as possible to help their patients achieve success. The OPTIWIN trial shows that a total meal replacement program like OPTIFAST can help with significant and sustained weight loss. The OPTIFAST Program is a medically monitored weight loss program that combines meal replacement with behavioral counseling and personalized support. In the OPTIWIN study, participants were randomized to either the OPTIFAST Program (OP) or a behavioral intervention using a food-based diet (FB). At both 26 and 52 weeks, the OP group lost, on average, twice as much of their initial body weight as the FB group: Additionally, the proportion of participants who achieved clinically meaningful weight loss (≥5%, ≥10%, and ≥15%) was significantly higher in the OP group. For example: END_OF_DOCUMENT_TOKEN_TO_BE_REPLACED
Continue Reading