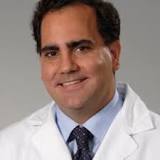 MedicalResearch.com Interview with: Hernan Bazan, MD DFSVS FACS CEO & Co-founder, South Rampart Pharma, LLC and Professor of Surgery, Section of Vascular/Endovascular Surgery Program Director, Vascular Surgery Fellowship Ochsner Clinic  New Orleans, LA  70121 MedicalResearch.com: What is the background for this study? What are the main findings? Response: The work in this paper is in large part due to several active and productive collaborations to address a simple problem: introduce a safer way to treat pain. That is, without the risk of opioids (abuse potential), acetaminophen/paracetamol (liver toxicity) and non-steroidal anti-inflammatory drugs (NSAIDs)/ibuprofen (kidney toxicity). Acetaminophen hepatotoxicity remains the most common cause of acute liver failure in the U.S. with inadvertent hepatotoxicity the etiology in half of all case.  Our aim was to overcome this toxicity by creating acetaminophen analogs and this paper describes the rationale for this synthesis, the library of compounds used to select the lead compounds to develop, the consistent lack of hepatotoxicity cell lines and small animals, and its ability to reduce pain and fever in small animal studies. Moreover, we explain the mechanisms of action for the lack of hepatotoxicity. One mechanism for acetaminophen-induced hepatotoxicity is via formation of the electrophilic reactive metabolite, NAPQI. Using ultraperformance liquid chromatography tandem mass spectrometry (LC-MS/MS) to detect NAPQI, we observed that after CD1 mice were exposed to high doses (600 mg/kg) of either acetaminophen or SRP compounds, only acetaminophen-, but not SRP-compound-treated mice, generated the toxic metabolite NAPQI. Another mechanism for acetaminophen hepatotoxicity is loss of hepatic tight junctions and chicken wire’ hepatic tight junctions remain intact in SRP-treated animals while these junctions are lost in acetaminophen-treated animals.  END_OF_DOCUMENT_TOKEN_TO_BE_REPLACED
Continue Reading