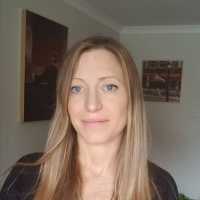 MedicalResearch.com Interview with: Elsa F. Fouragnan PhD School of Psychology (Faculty of Health and Human Sciences) University of Plymouth MedicalResearch.com: What is the background for this study? What are the main findings?  Response: Counterfactual thinking is a psychological process that involves the tendency to create possible alternatives to life events that are currently happening. It is very important because it gives us the ability to switch away from uninteresting activities if better ones become available. For example, if you are working or doing the housework, you may be thinking about gardening or watching a movie later. As soon as your duties are finished, you may engage in these more exciting activities. In our study, macaque monkeys were tasked to find treats under several colored cups (on a screen). Some of these cups were better than others but were not always available, thus the animals had to retain what they had learnt about the good cups in case they became available again. We found that a frontal part of the brain called the anterior cingulate cortex was responsible for tracking which cups were the best in order to efficiently switch to them if the opportunity arose. If this part of the brain was not functioning properly, then animals were stuck in non-optimal choices. To reveal the causal role of the anterior cingulate cortex, we used a new neurostimulation method called low-intensity repetitive ultrasound to modulates activity in this part of the brain with millimetre accuracy. END_OF_DOCUMENT_TOKEN_TO_BE_REPLACED
Continue Reading