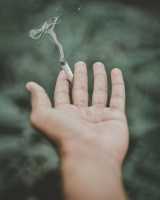 MedicalResearch.com Interview with: Abigail S. Friedman, Ph.D. Assistant Professor Department of Health Policy and Management Yale School of Public Health   MedicalResearch.com: What is the background for this study? Response: Smoking is responsible for approximately 1 in 5 deaths in the United States each year. Despite the fact that all US states ban tobacco sales to minors, the vast majority of smokers begin this habit as adolescents. As of July 25, 2019, 18 states and over 450 localities have passed laws banning tobacco sales to those under age-21. The laws are commonly referred to as “tobacco-21” laws. Concurrently, 16 states without state-level tobacco-21 laws prohibit counties and municipalities from raising their legal sales age for tobacco products above the state-mandated age; typically, 18. If local tobacco-21 laws reduce youth smoking, then preemption policies impede population health. To consider this, we estimated the impact of county- and municipality-level tobacco-21 policies on smoking among 18 to 20 year-olds residing in MMSAs (metropolitan and micropolitan statistical areas). Specifically, regression analyses compared smoking among 18-20 year-olds in areas with more vs. less tobacco-21 coverage, before vs. after these policies were adopted. END_OF_DOCUMENT_TOKEN_TO_BE_REPLACED
Continue Reading