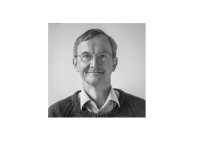 Response: Multiple sclerosis (MS) is a neurological disease of the brain and spinal cord, often beginning in the 20s and 30s which can cause both attacks (relapses) and disability over time. Most people with the condition have intermittent episodes of illness at first, but about two-thirds go on to develop a progressive form, known as secondary progressive MS. In this form, there is a gradual loss of nerve cells in the brain, resulting in shrinkage of the brain and progressive disability.

Neither the initiating cause of  Multiple sclerosis nor the reasons for this brain shrinkage are known, and existing treatments for the early phase of the condition are unsatisfactory.

Response: We studied a well-characterized group of 140 patients with secondary progressive  Multiple sclerosis , who had serial MRI scans over 2 years to measure brain volume. What we found was that the brain shrinkage was associated with a leak of a protein, haemoglobin, out of red blood cells and into the serum. Haemoglobin’s normal function is to transport oxygen around the body, and it is normally contained within red blood cells. The presence of free haemoglobin in the serum, outside the red cells, suggests that some red blood cells are being destroyed in the circulation, a process called intravascular haemolysis.

This finding was a real surprise to us. But having identified the protein as haemoglobin, we realised that it could explain some long-standing observations that have been mysterious. Specifically, it could explain why active lesions in the brain in multiple sclerosis often have an abnormal amount of iron deposited around the blood vessels: haemoglobin contains iron. Also, it was found as long ago as the 1960s that red blood cells in patients with MS are abnormally fragile. We do not yet know the cause of this red cell fragility, or what leads to the destruction of red cells.

Response: These are early findings, and they need to be reproduced by other people. If others make the same findings, it may be possible to try new types of therapy, using agents that mop up excess haemoglobin in the blood.

1) Study the concentration of free serum haemoglobin in other cohorts of MS patients, especially those with secondary progressive multiple sclerosis,, and – where possible – measure brain volume in a longitudinal study.

3) If other results agree, it may be indicated to test the impact of chelators of free haemoglobin in clinical trials.