09 Jul Ranitidine: FDA Finds No Evidence of Elevated NDMA, Regardless of Diet 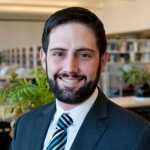 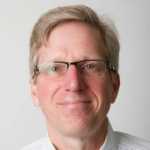 Response: In 2019, the US Food and Drug Administration (FDA) received a citizen petition indicating that ranitidine, a widely used prescription and over-the-counter drug, contained the probable human carcinogen N-nitrosodimethylamine (NDMA). In addition, the petitioner proposed that ranitidine could convert to NDMA in humans; however, this was based on a small clinical study with limitations and an in vitro study that included high level of supplemental nitrite. In response, the FDA immediately alerted the public and began an investigation.

The FDA’s initial research found that the procedures previously used to quantify NDMA were not appropriate for assessing its presence in ranitidine, owing to the use of high temperatures that could convert ranitidine to NDMA during that analysis. New lower-temperature analytical methods found that the amounts of NDMA contained in ranitidine products were 3,000-fold lower than those reported in the citizen petition; however, these lower amounts of NDMA were still above the FDA-acceptable level and could increase over time, prompting the FDA to request the market withdrawal of ranitidine products.

The FDA noted, however, that if ranitidine products could be manufactured to control NDMA amounts, they could be allowed back on the market—but additional information would first be needed to understand whether NDMA could form in vivo from ranitidine in humans.

Response: To better address the possibility of NDMA production from ranitidine in humans, we conducted a randomized, double-blinded, placebo-controlled clinical trial that was published in JAMA. The study included 18 participants who each received ranitidine (300 mg) and placebo on two different diets, the second of which was designed to contain higher amounts of nitrites from foods such as cured meats. The study used rigorous procedures for handling urine and blood samples and validated low-temperature analytical methods for measuring NDMA. We found no evidence of elevated NDMA content in the urine of participants over the 24 hours after they took ranitidine, regardless of diet. We also found that ranitidine did not increase NDMA in blood plasma and did not increase a precursor to NDMA in plasma or urine.

In addition, we conducted an in vitro laboratory study, published concurrently in JAMA Network Open, on the potential for ranitidine to convert to NDMA in simulated gastric fluid. Importantly, in the in vitro study we performed an assessment of the range of physiologic gastric nitrite concentrations from prior clinical studies, which had not been done in a recent prior study published in the same journal. We found that ranitidine did not produce NDMA in simulated gastric fluid unless nitrite was 50-fold greater than the upper range of physiologic gastric nitrite concentration in acidic conditions.

MedicalResearch.com What is the broader context of these research findings?

Response: The combined findings from the randomized clinical trial and in vitro simulated gastric fluid study do not support the conclusion that ranitidine is converted to NDMA in humans. Furthermore, after completion of the clinical trial and submission of the results for publication, the prior clinical study that had reported an increase in NDMA urinary excretion after ingestion of ranitidine was retracted by the authors, citing that an analytical artifact may have contributed to their results. In addition, as summarized in the two reports, a prior in vitro study reported results without contextualizing the physiological relevance of their test conditions. This highlights how proper investigation into the potential for drugs to lead to NDMA formation in humans should include physiologically relevant conditions.

Ranitidine products were removed from the US market in April 2020, owing to unacceptable amounts of NDMA in ranitidine products that could increase over time; however, the product approvals were not withdrawn, and the FDA may consider allowing ranitidine products back on the market if they are proven to be stable, with low, acceptable amounts of NDMA that do not increase over time during storage. All FDA-approved drug products must meet FDA standards for safety, effectiveness, and quality before they are allowed on the market. In addition, it may be assuring to patients and health care professionals to consider in proper context the potential risk posed by products that may contain NDMA amounts at the acceptable daily limit. That is the amount that is predicted to result in a cancer risk of 1 in 100 000 if taken daily for a lifetime (i.e., 70 years of 96 ng/d of NDMA for a 50-kg person).

Response: FDA’s research capabilities and activities empower the agency to respond rapidly to emergent regulatory and public health questions regarding the products it regulates.

In another case, pertaining to sunscreens (also a type of widely used over-the-counter product), historical assumptions had posited that the active ingredients in sunscreens were not absorbed; however, the studies necessary for addressing this absorption issue were not pursued until they were performed by FDA scientists. Those studies, including 2 clinical trial reports published in JAMA (report 1 and report 2), demonstrated that sunscreen active ingredients in fact can be absorbed, revealing the need for further studies by industry. In these and many other cases, FDA scientists play a unique role in moving new science into the drug regulatory review process and addressing emergent regulatory and public health questions.