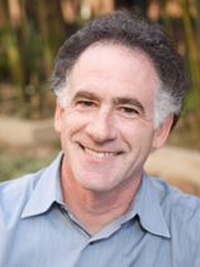 From this time-resolved data set, we first developed what we called tree-ring diagrams showing the full spatiotemporal patterns of progression. We then used this information
to develop a Markov chain dynamical model of metastatic breast cancer. This is a model based on the concept that where the disease currently is located strongly influences where it will spread next.

The systemic nature of metastatic breast cancer is clearly shown in these kinds of network based models.

The main findings are that survival depends very strongly on where the first metastatic tumor develops. For example, if the first metastatic tumor appears in the bone, as happens in roughly 35% of the patients, survival is much better than if it appears in the brain (less than 5% of the patients). Furthermore, for those patients with a first met to the bone, survival is far better for those who develop their next met in the lung area, as compared with those that develop it in the liver.

Metastatic sites are categorized as `spreader’ sites, or `sponge’ sites. Bone and chest wall are generally the primary spreader sites of metastatic breast cancer, dynamically involved in spreading the disease throughout the metastatic process. On the other hand, liver seems to be a key sponge site, where circulating tumor cells most likely accumulate. If one were to focus on an active therapeutic program targeting metastatic sites, most likely the spreader sites would give the most bang-for-buck in terms of survival.

Dr. Newton: Metastatic breast cancer is a systemic disease with fairly predictable spatiotemporal patterns. It could be beneficial to target treatment not only at the primary site, but also the key spreader/sponge sites of breast cancer.

Dr. Newton: :More research needs to focus on therapeutic response to targeted metastatic sites in breast cancer. We would like to access similar longitudinal data associated with metastatic lung, prostate, colorectal and other cancers so we can develop similar models for each. Ideally, we would like high quality data sets, as in the MSKCC data set, but with even larger cohorts. Our model is similar to the model Google uses to predict spatiotemporal patterns of web surfers, but their models are based on millions of web surfers, with updates nearly daily. So by comparison, even the very valuable MSKCC data set is small. We are currently looking into the VA (Veterans Administration) databases to see if they have more information on different cancer types. We believe these sorts of models will lead to more accurate and useful statistical forecasting tools to allow patients and doctors to make more informed and quantitative decisions about their future progression and what therapy options are optimal.