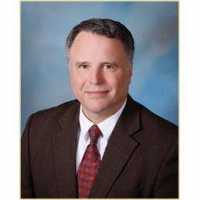 Dr. King: This landmark study provides a broad based, real world appraisal of the reliability of the T-SPOT®.TB test, an interferon gamma release assay (IGRA), based on results in screening workers in 19 U.S. hospitals. The large size of the study (more than 42,000 test results from more than 16,000 healthcare workers analyzed) provides a solid benchmark to assess performance of T-SPOT.TB in serial screening healthcare workers. In recent years, results from several studies have shown that there can be significant differences between using an IGRA and the tuberculin skin test (TST) in terms of accuracy and cost. Several studies have confirmed a risk of high false positive rates and numerous conversion/reversion rates when retesting patients with the TST.

Dr. King: We found that the results of the T-SPOT.TB tests were highly concordant when individual healthcare workers were retested during annual screening (98.9% concordance) and that rates of conversion and reversion were substantially lower than have been reported in a prior study . In our study, the overall conversion rate was 0.8% with higher rates at sites testing only higher risk employees.  The rates of healthcare worker conversion from a negative to a positive test result were strongly correlated with the state-reported  TB incidence, where the healthcare workers were employed as well as demographic variables (e.g. age and sex) known to predict TB risk.  Test performance was highly reliable in this studied population with a low invalid test rate of 0.4%.  The T-SPOT.TB test demonstrated a specificity of at least 98.6%.

Dr. King: While this study provides a solid benchmark for the clinical characteristics of the T-SPOT.TB test for screening individuals at risk for tuberculosis infection, direct comparison of the T-SPOT.TB test with the other available IGRA (QuantiFERON®-TB Gold) could further validate conclusions about the usefulness of these methodologically distinct IGRAs in different health care situations. The study also suggests that the T-SPOT.TB test is a reliable and accurate way to screen healthcare workers due to the test’s higher specificity when compared to the TST.

Dr. King: While there are many logistical and operational factors that can explain high rates of reversions and conversions in TB testing, additional conclusive evidence is needed.  The significant advantages of using IGRAs as screening tools for TB infection have been documented and this study supports the use of the   T-SPOT.TB test among hospital healthcare workers.