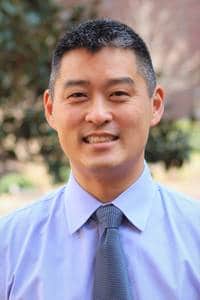 MedicalResearch.com Interview with: Edwin Kim, MD MS Assistant Professor of Medicine Division of Rheumatology, Allergy and Immunology Director, UNC Allergy and Immunology Clinic University of North Carolina at Chapel Hill Chapel Hill, NC  MedicalResearch.com: What is the background for this study? What are the main findings? Response: The background is that egg allergy remains one of the most common food allergies in childhood and although most patients will outgrow the allergy, it seems that many will carry into their teen years. As a result patients still have many years of risk of anaphylaxis, poor quality of life and potential nutritional deficits. The ability to introduce some amount of egg into the diet could have profound benefit to allergy patients. The main findings are that after completing up to 4 years of egg oral immunotherapy (OIT), most patients are able to introduce at least baked egg products into the diet. The subset of patients who showed a lasting benefit by passing a food challenge 4-6 weeks after stopping the OIT, generally did even better by being able to introduce lightly cooked egg like scrambled, boiled, or fried in addition to baked egg products. This benefit to the diet seemed to last up to 5 years after stopping egg oral immunotherapy. In addition to the safety, quality of life and nutrition benefits, recent data suggesting that bringing baked egg into the diet can speed up outgrowing the allergy provides a further benefit. END_OF_DOCUMENT_TOKEN_TO_BE_REPLACED
Continue Reading
Allergies, Author Interviews / 26.02.2019

MedicalResearch.com Interview with: Ruchi Gupta MD MPH Mary Ann & J Milburn Smith Senior Scientist in Child Health Research Director, Science & Outcomes of Allergy & Asthma Research Professor of Pediatrics & Medicine Clinical Attending Ann & Robert H. Lurie Children's Hospital of Chicago Institute for Public Health and Medicine Northwestern Feinberg School of Medicine   Christopher M. Warren,  PhD University of Southern California Los Angeles, CA     MedicalResearch.com: What is the background for this study? Response: Readers may be familiar with the so-called "top 8" food allergens (i.e. peanut, tree nut, cow's milk, fin fish, shellfish, egg, wheat and soy), which are responsible for the majority of food allergies in the US.  However, in recent years increasing attention has been paid to sesame allergy, which evidence suggests can lead to anaphylaxis, frequently results in accidental exposure among affected patients, and is infrequently outgrown.  Until now, only one 2010 study has systematically assessed the prevalence of sesame among both US children and adults.  It concluded that sesame allergies were reported by approximately .1% of the US population. However, this study, which surveyed a sample of approximately 5000 US households only captured 13 individuals with reported sesame allergy, which limited the authors' ability to draw more detailed conclusions about the specific characteristics of sesame allergy in the United States.    END_OF_DOCUMENT_TOKEN_TO_BE_REPLACED
Continue Reading
Allergies, Author Interviews, Immunotherapy / 25.02.2019

MedicalResearch.com Interview with: Dr Paul Turner FRACP PhD MRC Clinician Scientist and Clinical Senior Lecturer, Imperial College London Honorary Consultant in Paediatric Allergy & Immunology Imperial College Healthcare NHS Trust Hon Consultant, Royal Free Hospital / Royal Brompton & Harefield NHS Foundation Trust Clinical trials specialist (Paediatrics), Public Health England Clinical Associate Professor in Paediatrics, University of Sydney, Australia Dr. Nandinee Patel, MD Section of Paediatrics Imperial College London London, United Kingdom MRC & Asthma UK Centre in Allergic Mechanisms of Asthma London, United Kingdom MedicalResearch.com: What is the background for this study? Response: Current desensitisation protocols for peanut allergy use defatted roasted peanut flour, which can be difficult to accurately measure in very low doses needed for desensitisation (and thus has resulted in the development of AR101 by Aimmune which is likely cost many thousands of dollars for a course of treatment). We have previously observed that some children with food allergy to roasted peanut (such as peanut butter) are nonetheless able to tolerate boiled peanuts without reacting. We performed in vitro protein analysis studies which demonstrated that boiling peanuts resulted in around 50% of protein leaching out of the peanut into the cooking water. Furthermore, we found evidence for preferential leaching of allergen epitopes such as Ara h 2 as well aggregation of proteins resulting in a hypoallergenic peanut product. We therefore sought to assess whether boiled peanuts could be as effective and safe to induce desensitisation. END_OF_DOCUMENT_TOKEN_TO_BE_REPLACED
Continue Reading