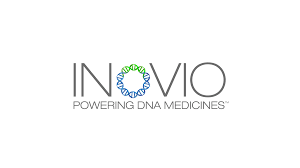 Jeffrey Skolnik, MD Senior Vice President, Clinical Development INOVIO MedicalResearch.com: What is the background for this technology? Would you tell us a little about the brain tumor, Glioblastoma Multiforme? How common is it, whom does it primarily affect?  Response: Glioblastoma (GBM) is the most common malignant brain tumor, affecting more than 10 thousand people each year in the United States. Most people diagnosed with GBM are above the age of 60 years, although GBM can be diagnosed at any age, including in children and young adults. Despite decades of research, GBM remains almost universally fatal. GBM is a tumor of the glial cells of the brain, and current therapies are directed at removing tumor with surgery and killing residual tumor cells with radiation and chemotherapy. More recently, with the introduction of immunotherapies such as immune checkpoint inhibitors (ICI) for the treatment of cancer, clinical studies have tried to add this promising technology to the treatment of GBM. Unfortunately, despite success in other types of cancer, ICIs have not demonstrated any clinical benefit in treating GBM. Newer clinical studies aim at introducing a combination of newer therapies together to try to tackle this terrible disease, and INOVIO’s GBM-001 study is one such example of an innovative approach to treating GBM.    END_OF_DOCUMENT_TOKEN_TO_BE_REPLACED
Continue Reading
Author Interviews, Cancer, Cancer Research, Supplements / 30.01.2019

Antioxidants May Enhance Efficacy of Chemotherapy on Glioblastoma 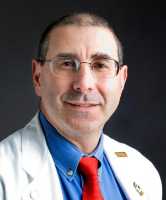 MedicalResearch.com Interview with: Dr. Scott Litofsky, MD Division of Neurological Surgery University of Missouri-Columbia School of Medicine Columbia, MO 65212  MedicalResearch.com: What is the background for this study? What are the main findings? Response: Many patients take over-the-counter medications to held their cancers. Some of these remedies may be helpful; others are potentially harmful. Anti-oxidant medications are frequently selected by patients as they are inexpensive and available. We were approached by a high school student, Macy Williams (one of the authors) to do some research in our laboratory when she won a research scholarship (the 2016 Emperor Science Award) from Stand Up to Cancer. She worked with us several times per week doing experiments during her senior year of high school. When she graduated, we continued the work that she started. We studied effects of Vitamin D3, Melatonin, and alpha-Lipoic Acid on glioblastoma cells, a highly malignant brain tumor. We included experiments of these agents alone and in combination with Temozolomide, a chemotherapy agent used as standard of care in glioblastoma. The work was done in cultured cells, measuring growth and survival of cells. We used concentrations that could be achieved by oral intake of the drugs. We found that antioxidant medications, particularly alpha Lipoic Acid, had synergistic effects with Temozolomide – that is Temozolomide impair glioblastoma cell growth and survival better when combined with an antioxidant. The mechanism of action may be through reactive oxygen species.  END_OF_DOCUMENT_TOKEN_TO_BE_REPLACED
Continue Reading
Author Interviews, Baylor College of Medicine Houston, Biomarkers, Brain Cancer - Brain Tumors, Cancer Research, PNAS / 19.07.2017

MedicalResearch.com Interview with: Chonghui Cheng, M.D., Ph.D. Associate Professor Department of Molecular & Human Genetics Lester & Sue Smith Breast Center Baylor College of Medicine Houston, TX77030 MedicalResearch.com: What is the background for this study? What are the main findings? Response: Understanding the mechanisms that give cancer cells the ability to survive and grow opens the possibility of developing improved treatments to control or cure disease. In the case of glioblastoma multiforme, the deadliest type of brain cancer, abnormal EGFR signaling is frequently observed. Treatment with the EGFR inhibitor erlotinib attempts to kill cancer cells. However, the clinical benefit of treatment with this and other EGFR inhibitors has been limited by the development of drug resistance. Scientists at Baylor College of Medicine discovered that the molecule CD44s seems to give cancer cells a survival advantage. Eliminating this advantage by reducing the amount of CD44s resulted in cancer cells being more sensitive to the deadly effects of the drug erlotinib. END_OF_DOCUMENT_TOKEN_TO_BE_REPLACED
Continue Reading
Author Interviews, Brain Cancer - Brain Tumors, Radiation Therapy, Yale / 30.09.2016

MedicalResearch.com Interview with: Nataniel Lester-Coll, MD Chief Resident in Radiation Oncology at Yale New Haven, Connecticut  MedicalResearch.com: What is the background for this study? What are the main findings? Response: Recurrent Glioblastoma Multiforme (GBM) has limited treatment options and the prognosis is poor. Mibefradil diydrochloride was identified using a high-throughput compound screen for DNA double stranded break repair inhibitors. Mibefradil was found to radiosensitize GBM tumor cells in vitro and in vivo. Based on these findings, we sought to determine the maximum tolerated dose of mibefradil and radiation therapy in a Phase I recurrent GBM study. Eligible patients with recurrent  Glioblastoma Multiforme received Mibefradil over a 17 day period, with hypofractionated radiation (600 cGy x 5 fractions). There are 18 patients currently enrolled who have completed treatment. Thus far, there is no clear evidence of radionecrosis. A final dose level of 200 mg/day was reached as the maximum tolerated dose. The drug was very well tolerated at this dose. We saw intriguing evidence of enhanced local control in selected cases. Patients enrolled in a translational substudy who received Mibefradil prior to surgery were found to have adequate levels of Mibefradil in resected brain tumor tissue. END_OF_DOCUMENT_TOKEN_TO_BE_REPLACED
Continue Reading
Author Interviews, Brain Cancer - Brain Tumors / 05.05.2014

MedicalResearch.com Interview with: Dr Andrea Schuessler QIMR Berghofer Medical Research Institute Herston, Queensland 4006 MedicalResearch.com: What are the main findings of the study? Dr . Schuessler: Recurrent glioblastoma is a very aggressive brain cancer and most patients do not survive much longer than 6 months. Our study has assessed a novel immunotherapy and treated 10 patients with late stage cancer. The treatment did not have any serious side effects and most of the patients have survived much longer than the expected 6 months. Importantly, four of the 10 patients have not shown signs of disease progression during the study period with one of them still being cancer free four years after the treatment. END_OF_DOCUMENT_TOKEN_TO_BE_REPLACED
Continue Reading
Brain Cancer - Brain Tumors / 04.08.2011