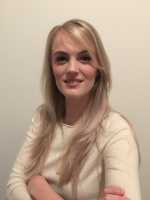 Dr. Mintsje de Boer, MD Resident plastic surgery Department of Plastic, Reconstructive and Hand-Surgery Maastricht University Medical Centre+, Maastricht the Netherland On behalf of the Netherlands BIA-ALCL Consortium: Daphne de Jong (Hematopathologist, VU university medical Center, Amsterdam, the Netherlands), Hinne Rakhorst (Plastic Surgeon, MST/ZGT, Enschede, the Netherlands) René van der Hulst (Plastic surgeon, MUMC+ Maastricht, the Netherlands) Flora van Leeuwen (Epidemiologist, Netherlands Cancer Institute, Amsterdam, the Netherlands), Jan Paul de Boer (Hemato-oncologist, Netherlands Cancer Institute, Amsterdam, the Netherlands) Lucy Overbeek (Database expert PALGA, Houten, the Netherlands),  MedicalResearch.com: What is the background for this study? Response: Breast implants are one of the most commonly used medical devices worldwide. Associations with breast cancer, connective tissue diseases and auto-immune diseases have never been unequivocally supported. For lymphoma risk, this is different and several reports have suggested an association between breast implants and risk of anaplastic large cell lymphoma in the breast (breast-ALCL). Over the past few years, the number of women with breast implants reported with breast-ALCL has strongly increased. This has resulted in significant attention amongst medical professionals and women alike with publications in medical journals and lay press. In part due to the rarity of the disease and due to the lack of breast implant prevalence data in the population, the absolute risks of breast-ALCL are largely unknown, precluding evidence-based counseling about implants. In the Netherlands, we are in the unique position to be able to retrieve all diagnosed breastALCL since 1990 as well as appropriate population-based control groups from the Nationwide Network and Registry of Histo- and Cytopathology in the Netherlands (PALGA). This has allowed a formal epidemiological risk assessment study based on sufficient numbers. Moreover, using combined and complementary sources of information, we have been able to determine age- and calendar year-specific implant prevalence rates to determine reliable absolute risks. This study could be successfully performed thanks to a multidisciplinary taskforce consisting of plastic surgeons, hematopathologists, epidemiologists, hemato-oncologists and radiologists from the several large institutions in the Netherlands  END_OF_DOCUMENT_TOKEN_TO_BE_REPLACED
Continue Reading
Author Interviews, Surgical Research / 22.02.2015

Which Breast Is Best For Reconstruction? Autologous or Implant?

MedicalResearch.com Interview with: Dr. Y. Eltahir University Medical Centre Groningen Department of Plastic Surgery Groningen, The Netherlands Medical Research: What is the background for this study? What are the main findings? Dr. Eltahir: There are different options for breast reconstruction. They are divided into two main groups; autologous or implant breast reconstructions. all may have their effect on the quality of life and might have surgical complications. We were interested to know which breast reconstruction method may provide a better quality of life. However, we wanted to know this information from the patients point of view, that’s why we used the Breast-Q which is a case specific instrument, to compare the two groups. We found out that women with autologous breast reconstruction were more satisfied their breast than the implant group. However, this group has more secondary corrections than the control group. Further were no differences between the two groups. END_OF_DOCUMENT_TOKEN_TO_BE_REPLACED
Continue Reading