Your Body Can Adapt To An Occasional Dietary Splurge 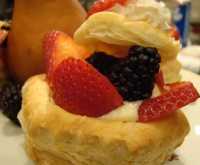 MedicalResearch.com Interview with: Dale Morrison, PhD School of Exercise and Nutrition Sciences Institute for Physical Activity and Nutrition MedicalResearch.com: What is the background for this study? What are the main findings?  Response: The study was conducted using a model of overfeeding that is likely to be representative of a typical Western overeating diet, high in both carbohydrates and fats; as opposed to a predominantly high-fat diet model that is commonly used in the literature. Our purpose was to examine which tissues are impaired first in response to overeating with a normal dietary composition. We initially hypothesized, based on earlier studies, that the liver would be impaired first by short-term overeating and then skeletal muscle (which soaks up much of the glucose following a meal) would be impaired much later with chronic overeating. However, we didn’t find this. The study found that the body copes with short periods of overeating with additional carbohydrates and makes adjustments by shifting metabolism towards utilizing these excess carbohydrates.  END_OF_DOCUMENT_TOKEN_TO_BE_REPLACED
0 Comments
Continue Reading
Author Interviews, Brigham & Women's - Harvard, Weight Research / 09.11.2018

Eat Carbs in the Morning, Fat at Night?

Kirsi-Marja Zitting, Ph.D. Instructor in Medicine, Harvard Medical School Division of Sleep and Circadian Disorders Departments of Medicine and Neurology Brigham and Women’s Hospital Boston, MA 02115 MedicalResearch.com: What is the background for this study? Response: This study is a follow-up study to our previous study where we found that chronic insufficient sleep together with chronic jet lag is associated with adverse changes in metabolism, including increase in blood sugar levels (Buxton et al. Science Translational Medicine, 2012). The present study focuses on the influence of the time of day on metabolism, which has not been investigated in humans independent of the effects of sleep, physical activity and diet. END_OF_DOCUMENT_TOKEN_TO_BE_REPLACED
0 Comments
Continue Reading
Author Interviews, Nutrition, Weight Research / 25.09.2018 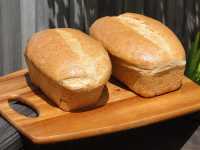 MedicalResearch.com Interview with: Hana Kahleova, MD, PhD, MBA Director of Clinical Research Physicians Committee for Responsible Medicine Washington, DC 20016  MedicalResearch.com: What is the background for this study? What are the main findings?  Response: The effects of carbohydrates on body weight and insulin sensitivity are controversial. In this 16-week randomized clinical trial, we tested the role of carbohydrate quantity and quality, as part of a plant-based diet, on body weight, body composition, and insulin resistance. We have demonstrated that carbohydrates and dietary fiber play important roles in the regulation of body weight, body composition, and insulin resistance in overweight individuals. Increased consumption of total carbohydrate was associated with a decrease in BMI and volume of visceral fat, even after adjustment for energy intake. Increased consumption of total and particularly insoluble fiber was associated with a decrease in BMI, fat mass, and volume of visceral fat. END_OF_DOCUMENT_TOKEN_TO_BE_REPLACED
0 Comments
Continue Reading
Author Interviews, Heart Disease, Nutrition / 02.09.2017

MedicalResearch.com Interview with: Dr. Mahshid Dehghan, PhD Investigator- Nutrition Epidemiology Program Population Health Research Institute Senior Research Associate – Department of Medicine McMaster University MedicalResearch.com: What is the background for this study? Response: For decades, dietary guidelines have largely focused on reducing total fat and saturated fat intake based on the idea that reducing fat consumption should reduce the risk of CVD. But this did not take into account what nutrients replace saturated fats in the diet. Given that carbohydrates are relatively inexpensive, reducing fats (especially saturated fat) is often accompanied by increased carbohydrate consumption. This approach continues to influence health policy today. The guidelines were developed some 4 decades back mainly using data from some Western countries (such as Finland) where fat and saturated fat intakes were very high (eg total fat intake was >40% of caloric intake and saturated fats was >20% of caloric intake). It is not clear whether the harms seen at such high levels applies to current global intakes or countries outside North America and Europe where fat intakes are much lower. The PURE (Prospective Urban Rural Epidemiology) study is a large international cohort study of more than 157,000 people aged 35 to 70 years from 18 low-income, middle-income, and high-income countries on 5 continents. In this study, 135,335 individuals with dietary information and without cardiovascular disease at baseline were included in the study. Standardized questionnaires were used to collect information about demographics, socio-economic factors, lifestyle behaviors, health history and medication use. Standardized case-report forms were used to record data on major cardiovascular events and mortality during follow-up, which were adjudicated centrally in each country by trained physicians using standard definitions. The participants were followed-up for 7.5 years, during which time 4784 major cardiovascular events and 5796 deaths were recorded. END_OF_DOCUMENT_TOKEN_TO_BE_REPLACED
0 Comments
Continue Reading