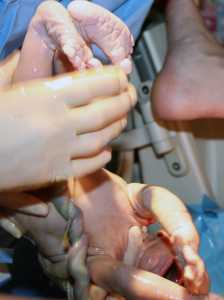 Giulia Muraca, PhD, MPH Postdoctoral Fellow School of Population and Public Health BC Children’s Hospital Research Institute Faculty of Medicine University of British Columbia MedicalResearch.com: What is the background for this study? What are the main findings? Response: While cesarean delivery rates have increased in Canada over the last few decades, as in most industrialized settings, the rate of forceps and vacuum deliveries have declined. These opposing trends have led to recommendations to increase forceps and vacuum delivery rates as a strategy to reduce cesarean delivery rates. We found that the rate of obstetric trauma in Canada increased significantly in recent years, especially among forceps deliveries. In first-time mothers, the rate of obstetric trauma increased by 7% among forceps deliveries (from 19.4% in 2004 to 26.5% in 2014) and in women who had a previous cesarean delivery, the rate of obstetric trauma among forceps deliveries increased by 9% (from 16.6% to 25.6%). We found that a 1% increase in the forceps and vacuum delivery rate in Canada was associated with approximately 700 additional cases of obstetric trauma and 18 additional cases of severe birth trauma annually among first-time mothers alone. END_OF_DOCUMENT_TOKEN_TO_BE_REPLACED
Continue Reading