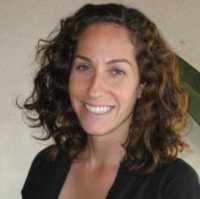 MedicalResearch.com Interview with: Jessica Miller PhD Postdoc Fellow Murdoch Childrens Research Institute  MedicalResearch.com: What is the background for this study? Response: Cesarean section (CS) may be a lifesaving intervention for women and babies. However, the global proportion of CS births is rapidly increasing and may not be medically justified. As CS has implications for both mother and child, the increasing rates warrant population-level analyses of potential risks. Many suggested long-term outcomes in CS-born children relate to altered immune development. It is possible that differences in the newborn microbiome by mode of birth contribute to the development of early immune responses which may influence the risk of immune-related outcomes, including infection. CS has been associated with an increased risk for specific infection-related hospitalisations, mainly lower respiratory tract and gastrointestinal infections, but it remains unclear whether CS is associated with increased risk of overall infection-related hospitalisation or only certain infection types, and whether risk differs for emergency versus elective/pre-labour CS. END_OF_DOCUMENT_TOKEN_TO_BE_REPLACED
Continue Reading
Author Interviews, OBGYNE / 19.11.2019

MedicalResearch.com Interview with: Cynthia Gyamfi-Bannerman, MD, MSc Vice Chair for Faculty Development Ellen Jacobson Levine and Eugene Jacobson Professor of OBGYN Director, Maternal-Fetal Medicine Fellowship Program Co-Director, CUMC Preterm Birth Prevention Center  MedicalResearch.com: What is the background for this study? Response: ​Delayed cord clamping (DCC) at delivery has been associated with neonatal benefit.  Specially, it decreases the likelihood of anemia.  It became widely recommended as a practice for all deliveries even though the literature showing benefit to the neonates was largely only for low risk women with vaginal deliveries.  In theory, DCC could result in increased blood loss during a cesarean due to the blood loss encountered when cutting into a gravid uterus. END_OF_DOCUMENT_TOKEN_TO_BE_REPLACED
Continue Reading
Author Interviews, CMAJ, OBGYNE / 07.05.2018

Is It Safe to Have a Vaginal Birth after Cesarean Section?

Dr. Carmen Young Department of Obstetrics and Gynecology University of Alberta MedicalResearch.com: What is the background for this study? Response: For women who have had a single previous cesarean section, the optimal mode of delivery in a subsequent pregnancy is controversial. This is because there are risks and benefits to attempting a vaginal birth after cesarean section (VBAC) or having an elective repeat cesarean section. Attempted VBAC is associated with a higher risk of uterine rupture and other maternal and infant complications. Repeat cesarean sections are associated with an increased risk of surgical complications and placental complications in subsequent pregnancies. Furthermore, it is difficult to predict which patients will have a successful VBAC. This study is unique in that it uses recent Canadian data, allowing assessment of the impact of contemporary obstetrical care on maternal and neonatal outcomes in Canada. END_OF_DOCUMENT_TOKEN_TO_BE_REPLACED
Continue Reading
Author Interviews, Microbiome, OBGYNE, Pediatrics / 15.12.2017

MedicalResearch.com Interview with: Anita Kozyrskyj, PhD, Professor Dept Pediatrics Faculty of Medicine & Dentistry, University of Alberta Edmonton, AB    MedicalResearch.com: What is the background for this study? What are the main findings? Response: The first year of an infant’s life is a critical time for the development of his or her gut microbiome. Gut microbes not only help infants digest food, but they also “train” their developing immune system. An infant’s environment, from the type of birth and infant diet to use of antibiotics, has a large impact in determining which microbes are present. Frequently these early life exposures occur together. Using data from AllerGen’s CHILD birth cohort and a new analytical approach —called Significance Analysis of Microarrays—we quantified changes to gut microbiota throughout the first year of life according to common combinations of early life exposures. We found that, compared to vaginally-born and breastfed infants, formula-fed or cesarean-delivered infants had different trajectories of microbial colonization in later infancy, which could have implications for their future health. END_OF_DOCUMENT_TOKEN_TO_BE_REPLACED
Continue Reading
Author Interviews, Cancer Research, Lancet, Leukemia, OBGYNE, Pediatrics / 04.03.2016

MedicalResearch.com Interview with: Erin Marcotte, Ph.D. Assistant Professor Division of Epidemiology and Clinical Research Department of Pediatrics University of Minnesota MedicalResearch.com: What is the background for this study? What are the main findings? Dr. Marcotte: Recently there have been several studies that indicate a higher risk of immune-related disorders, such as type-I diabetes, asthma, and allergies, among children born by cesarean delivery. Our analysis used pooled data from 13 independent studies of childhood leukemia that were conducted in 9 different countries. We used data on over 33,000 children to investigate the relationship between birth by cesarean delivery and risk of childhood leukemia. We did not find an association between cesarean delivery overall and childhood leukemia. However, when we looked at emergency cesarean deliveries and pre-labor (planned) cesarean deliveries separately, we found a 23% increase in risk of acute lymphoblastic leukemia among children born by pre-labor cesarean delivery. END_OF_DOCUMENT_TOKEN_TO_BE_REPLACED
Continue Reading