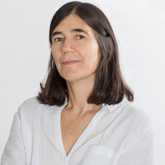 MedicalResearch.com Interview with: Dr. Maria A. Blasco, PhD Director of the Spanish National Cancer Research Centre Head of the Telomeres and Telomerase Group – CNIO  MedicalResearch.com: What is the background for this study? Response: In my group we have previously described that telomere dysfunction in alveolar type II (ATII) cells in the lung is sufficient to induce pulmonary fibrosis in mice, thus demonstrating that these cells, which have a role in lung regeneration, are at the origin of the disease (Povedano et al., Cell Reports, 2015). Indeed, we further demonstrated that telomere elongation in these cells by using a gene therapy strategy based on telomerase activation, was sufficient to stop the progression of pulmonary fibrosis induced by short telomeres in mice (Povedano, eLife, 2018). END_OF_DOCUMENT_TOKEN_TO_BE_REPLACED
Continue Reading