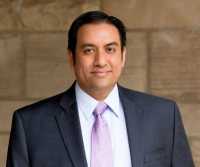 MedicalResearch.com Interview with: Samir C. Grover MD, MEd, FRCPC Division of Gastroenterology Program Director Division of Gastroenterology Education Program University of Toronto MedicalResearch.com: What is the background for this study? What are the main findings? Response: We know that physician-industry interactions are commonplace. Because of this, there has been a movement to make the presence of these relationships more transparent. For clinical practice guidelines, this is especially important as these documents are meant to be objectively created, evidence based, and intended to guide clinical practice. The standard in the US come from the National Academy of Medicine report, "Clinical Practice Guidelines We Can Trust", which suggests that guideline chairs should be free of conflicts of interest, less than half of the guideline committee should have conflicts, and that guideline panel members should declare conflicts transparently. Other studies, however, have shown that some guidelines don't adhere to this advice and have committee members who don't disclose all conflicts. We thought to look at this topic among medications that generate the most revenue, hypothesizing that undeclared conflicts would be especially prevalent in this setting. We found that, among 18 guidelines from 10 high revenue medications written by 160 authors, more than (57%) had a financial conflict of interest, meaning they received payments from pharmaceutical companies that make or market medications recommended in that guideline. About a quarter of authors also received, and didn't disclose payments from one of these companies. Almost all the guidelines did not adhere to National Academy of Medicine standards. END_OF_DOCUMENT_TOKEN_TO_BE_REPLACED
Continue Reading