Pets Can Pass Genes for Antibiotic Resistance to Human Infections 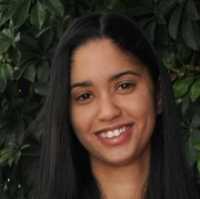 MedicalResearch.com Interview with: Juliana Menezes MSc “I am a PhD student at the Faculty of Veterinary Medicine of the University of Lisbon. I do my research at the Centre for Interdisciplinary Research in Animal Health under the Supervision of Professor Constança Pomba, the head of the Antibiotic Resistance Lab. The Idea for this work came from my supervisor, that has been working in the field of antibiotic resistance for a while and was leading a research project, the Pet-Risk consortium (http://petrisk.fmv.ulisboa.pt/) which main goal was to evaluate sharing of resistant bacteria between animal and humans (namely ESBL). Following this idea, we thought that would be important to evaluate colistin resistance in animals.” MedicalResearch.com: What is the background for this study? Response: With the global spread of multi-drug carbapenem resistant Gram-negative bacteria, colistin is a last-resort antimicrobial to treat ICU patients in hospitals. Thus, WHO has classified Colistin as a Highest Priority Critically Important Antimicrobial for human medicine, therefore, resistance represents a serious concern among physicians and scientists.  Increasing trends and prevalence of colistin resistance have been observed worldwide, and the studies are mainly focused on food-producing animals or hospitalized humans, suggesting an exchange of pathogenic bacteria and/or mobile genetic elements between different reservoirs. The rational for this study is the importance to evaluate colistin resistance in companion animals as they are living in direct contact with humans in the community. END_OF_DOCUMENT_TOKEN_TO_BE_REPLACED
Continue Reading
Author Interviews, COVID -19 Coronavirus, Environmental Risks / 30.06.2021

Pets Can Catch COVID From Their Owners

MedicalResearch.com Interview with: Els M. Broens DVM, PhD, Dipl. ECVM, EBVS European Veteirnary Specialist in Veterinary Microbiology Associate Professor / Director VMDC Department Biomolecular Health Sciences (Clinical Infectiology) Faculty of Veterinary Medicine | Utrecht University MedicalResearch.com: What is the background for this study? Response: Several events have demonstrated that SARS-CoV-2 can infect animals, felines and mustelids in particular. In companion animals these are currently considered to be incidents with a negligible risk for public health since the main force of the pandemic is transmission between humans. However, it is urgent to understand the potential risk of animal infections for public health in the later stages of the pandemic when SARS-CoV-2 transmission between humans is greatly reduced and a virus reservoir in animals could become more important. Incidental cases have shown that COVID-19 positive owners can transmit SARS-CoV-2 to their dog or cat. The close contact between owners and their dogs and cats and the interaction between dogs and cats from different households raises questions about the risk for pets to contract the disease and also about role of these animals in the transmission of SARS-CoV-2. END_OF_DOCUMENT_TOKEN_TO_BE_REPLACED
Continue Reading
Author Interviews, COVID -19 Coronavirus / 29.09.2020

MedicalResearch.com Interview with: Gizem Kilic MSc, PhD Candidate} Radboud University Medical Center Department of Internal Medicine Laboratory of Experimental Internal Medicine Nijmegen MedicalResearch.com: What is the background for this study? Response: Having emerged in Wuhan, China in December 2019, novel coronavirus infection 2019 (COVID-19) caused by severe acute respiratory syndrome coronavirus 2 (SARS-CoV2) has become a major health crisis affecting worldwide. Although the disease symptoms are mild in most of the cases, it is known that advanced age and co-morbidities such as diabetes and cardiovascular diseases increase the risk of disease severity. Moreover, epidemiological data from different countries indicated that the mortality rate is higher in males compared to females. There are reports suggesting that some viral and bacterial infection are sex-biased; however, why males are more susceptible to develop severe COVID-19 infection has not been fully understood yet.  END_OF_DOCUMENT_TOKEN_TO_BE_REPLACED
Continue Reading
Author Interviews, Global Health, Infections / 16.04.2019 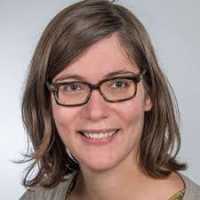 MedicalResearch.com Interview with: Lynn Meurs, PhD EPIET fellow at Robert Koch Institute European Centre for Disease Prevention and Control Germany MedicalResearch.com: What is the background for this study? What are the main findings? Response: It is unknown how Enterobacteriaceae (ESBL) -producing bacteria are spread, but several studies have shown that intercontinental travellers often return home with these drug-resistant bacteria. The aim of our study was to investigate into more detail what causes colonisation with these bacteria in people travelling to low and/or middle-income countries  (LMICs) in the tropics and subtropics. We found that out of the travellers that were ESBL-negative before travelling, 23% of returned with ESBL-producing bacteria. In line with previous studies, we found that travelling to Eastern, Southern, and Western Asia is associated with ESBL colonisation. Unexpectedly, we furthermore found that staying in a hotel as well as in private accommodation as compared to other types of commercial accommodation such as hostels, camping or guesthouses, was associated with the colonisation with these drug-resistant bacteria. END_OF_DOCUMENT_TOKEN_TO_BE_REPLACED
Continue Reading