Anti-Vaccine Groups Are Not Just Worried About Autism 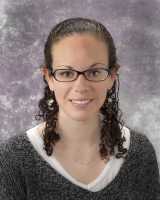 MedicalResearch.com Interview with: Beth Hoffman, B.Sc., graduate student University of Pittsburgh Graduate School of Public Health Research Assistant, University of Pittsburgh Center for Research on Media, Technology and Health MedicalResearch.com: What is the background for this study? What are the main findings? Response: Vaccine refusal is a public health crisis - low vaccination rates are leading to outbreaks of deadly vaccine-preventable diseases. In 2017, Kids Plus Pediatrics, a Pittsburgh-based pediatric practice, posted a video on its Facebook pagef eaturing its practitioners encouraging HPV vaccination to prevent cancer. Nearly a month after the video posted, it caught the attention of multiple anti-vaccination groups and, in an eight-day period, garnered thousands of anti-vaccination comments. Our team analyzed the profiles of a randomly selected sample of 197 commenters in the hopes that this crisis may be stemmed if we can better understand and communicate with vaccine-hesitant parents. We determined that, although Kids Plus Pediatrics is an independent practice caring for patients in the Pittsburgh region, the commenters in the sample were spread across 36 states and eight countries. By delving into the messages that each commenter had publicly posted in the previous two years, we also found that they clustered into four distinct subgroups: END_OF_DOCUMENT_TOKEN_TO_BE_REPLACED
Continue Reading