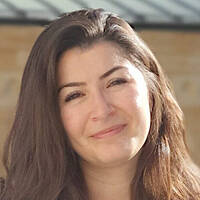 MedicalResearch.com Interview with: Ece Kartal, PhD Postdoctoral Fellow Saez-Rodriguez Group Universitätsklinikum Heidelberg Institute for Computational Biomedicine Heidelberg MedicalResearch.com:  What is the background for this study?    Response: Pancreatic cancer is one of the deadliest types of cancer: although incidence rates are relatively low (only few people develop pancreatic cancer in their lifetimes), it has a high lethality, with a five year survival rate of less than ~5%. Pancreatic cancer symptoms are generally unspecific so that the disease is usually detected very late which further  limits therapeutic options. In light of this, earlier detection of pancreatic cancer could dramatically improve prognosis, but there are currently no affordable and non-invasive tests available in the clinic. For pancreatic ductal adenocarcinoma (PDAC),the most common form of pancreatic cancer, it was previously found that the oral, gut and pancreatic microbiome are risk factors and may affect prognosis . END_OF_DOCUMENT_TOKEN_TO_BE_REPLACED
Continue Reading
Author Interviews, BMJ, Pediatrics, Weight Research / 01.11.2018

Antibiotics and Acid Suppressants May Be Risk Factor For Pediatric Obesity

Dr. Christopher M Stark Department of Pediatrics William Beaumont Army Medical Center El Paso, Texas Department of Pediatrics Walter Reed National Military Medical Center Bethesda, Maryland MedicalResearch.com: What is the background for this study? What are the main findings?  Response: Rates of pediatric obesity have increased over the past decade, which has led researchers to search for modifiable risk factors that may explain this increase. Recent studies have identified an association between native gut bacteria alterations and the development of obesity. Several population-based studies have evaluated whether or not there is an association between antibiotic exposure and the development of obesity, with mixed results. No studies have previously evaluated if acid suppressing medications are associated with developing obesity. We found that young children prescribed antibiotics, acid suppressants, and combinations of these medications in the first two years of life are more likely to develop obesity after two years of age. Our study represents the largest study to evaluate pediatric antibiotic prescriptions and obesity risk, with nearly ten times as many patients as the next largest study. END_OF_DOCUMENT_TOKEN_TO_BE_REPLACED
Continue Reading