Many ER Patients with Elevated Potassium, End up Being Admitted After Discharge

Jill Davis, MS Director, Health Economics and Outcomes Research AstraZeneca  MedicalResearch.com: What is the background for this study? Who is most at risk for hyperkalemia post discharge? Response: In the United States, an estimated 30 million people suffer from chronic kidney disease (CKD), about 3.7 million of which have hyperkalemia (elevated potassium level). Hyperkalemia (HK) can be chronic, so it’s important that those who have been diagnosed with hyperkalemia previously or have CKD have their potassium levels monitored by their healthcare provider. Additionally, although HK is estimated to be prevalent in more than 66,000 emergency department (ED) visits annually, there is limited knowledge about the management of patients with HK in the ED setting and post-discharge. We decided to focus our study to better understand and compare the ED management and post-discharge outcomes among patients with varying levels of hyperkalemia To conduct this study, we analyzed the electronic medical record data from the Research Action for Health Network (2012-2018) of 6,222 adult patients with a randomly selected HK-related ED visit. We concluded that improved management of HK patients in the ED and post-discharge period is needed to reduce the recurrence of hyperkalemia. END_OF_DOCUMENT_TOKEN_TO_BE_REPLACED
Continue Reading
AstraZeneca, Author Interviews, Kidney Disease, Mineral Metabolism / 05.11.2018 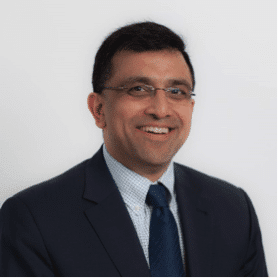 MedicalResearch.com Interview with: Steven Fishbane, MD, Chief, Division of Kidney Disease and Hypertension, Northwell Health Vice President, Northwell Health for Network Dialysis Services, Northwell Health Professor of Medicine, Donald and Barbara Zucker School of Medicine at Hofstra/Northwell Lead investigator of the ZS 005 study MedicalResearch.com: What is the background for this announcement? Would you briefly explain what is meant by hyperkalemia?What are the dangers of an elevated potassium and how does LOKELMA differ from prior standard treatments?  Response: Hyperkalemia is when the potassium in the blood rises to potentially harmful levels. High potassium is primarily harmful for the heart. As the potassium level rises the risk for abnormal electrical rhythms or disruption of the heart’s pumping occur. When severe, a high potassium level can cause death. Lokelma has been demonstrated to be effective for lowering potassium levels with a great degree of consistency. It is well tolerated and has a fairly rapid onset of potassium lowering compared to other drugs for the purpose.  END_OF_DOCUMENT_TOKEN_TO_BE_REPLACED
Continue Reading
Author Interviews, Kidney Disease, NEJM / 19.01.2015

MedicalResearch.com Interview with: David K. Packham, M.B., B.S., M.D Royal Melbourne Hospital Melbourne Renal Research Group VIC 3073, Australia, Medical Research: What is the background for this study? What are the main findings? Dr. Packham:  ZS-9 represents a new mechanism of action for addressing hyperkalemia. Unlike traditional nonspecific organic polymer cationexchangers, ZS-9 is a non-absorbed, inorganic crystalline potassium-selective cation exchanger that traps excess potassium in the gastrointestinal tract. It has been evaluated in three prospective, randomized, double-blind, placebo-controlled studies with over 1100 patients to date, representing the largest ever clinical development program for hyperkalemia. ZS-003 was the first of two pivotal Phase 3 studies that evaluated the safety and efficacy of ZS-9 in patients with hyperkalemia. In ZS-003, treatment of patients with an oral suspension of ZS-9 (2.5, 5, or 10 grams, three times a day) resulted in statistically significant and clinically meaningful reductions in serum potassium, compared with placebo, during the “acute phase” (first 48 hours), with 99 percent of patients achieving normal potassium levels with the highest 10 gram dose. During the next 12 days of the trial (the “maintenance phase”), ZS-9 (5 or 10 grams) given once daily could maintain the corrected potassium levels achieved during the acute phase. In contrast, patients who were randomized back to placebo after achieving normal potassium reverted back to hyperkalemia. The tolerability profile has been favorable, with adverse event rates from ZS-9 similar to that of placebo. END_OF_DOCUMENT_TOKEN_TO_BE_REPLACED
Continue Reading