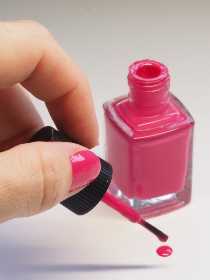 Dr James Purcell University College Cork and South Infirmary Victoria University Hospital Cork, Ireland MedicalResearch.com: What is the background for this study? Response: Nail varnish and acrylic nails are common accessories and as such are commonly encountered by an array of healthcare professionals in various scenarios when SpO2 readings may be part of patient care.. Colloquially there was a wide variety of approaches and beliefs as to whether or not these treatments impacted on SpO2 readings. This is due to the fact that the Digital Pulse oximetry relies on the passing of a wavelength of light through a pulsatile nailbed to a sensor on the opposite side of the finger tip in order to read SpO2 levels. Any potential interference to this process by polish of certain hues, or acrylic was therefor believed to impact on the resultant readings As such it was decided to analyse the actual level of knowledge and variety of approaches to the issue by means of a multisite study involving Consultants, NCHDs, and nursing staff in areas where this issue may arise. A second, experimental part of the study was set up using healthy volunteers and venous congestion and hypoxia modelling. Nail varnish of differing hues and acrylic nails were applied and results of SpO2 readout in healthy and pathological models with and without nail treatments applies were analysed. END_OF_DOCUMENT_TOKEN_TO_BE_REPLACED
Continue Reading
Author Interviews, Lyme / 31.08.2016

MedicalResearch.com Interview with: Audun Aase, PhD Department Director, Infectious Disease Immunology Norwegian Institute of Public Health Oslo, Norway MedicalResearch.com: What is the background for this study? Response: Controversies related to Lyme disease and tick transmitted diseases have gained much attention in the public media in Norway, both regarding treatment regimens and diagnostics. People with long-lasting disease may relate their symptoms to previous tick bite and/or suboptimal-treated Lyme disease and have adopted the diagnosis chronic Lyme disease. As many of these patients lack objective proof of Lyme disease, they look for alternative test to signify their suspicion. A modified microscopy method for detection of the Borrelia burgdorferi s.l. (the causative agent of Lyme disease) in human blood was published in 2013. The authors behind the method examined blood from suspected chronic Lyme disease patients, and the results showed presence of Borrelia spirochetes in most of the specimens. Using the same method, they also claimed to detect the Babesia parasites in many of the samples. The method gained much publicity and the patients advocated strongly for this method as most other laboratory tests had failed to prove their diagnosis. END_OF_DOCUMENT_TOKEN_TO_BE_REPLACED
Continue Reading