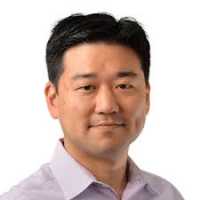 MedicalResearch.com Interview with: David K. Hong, M.D. VP Medical Affairs and Clinical Development at Karius MedicalResearch.com: What is the background for this study? What are the main findings?  Response: Invasive fungal infections (IFI) are a cause of significant mortality and morbidity in immunocompromised patients. The diagnosis of IFIs is challenging, and often requires an invasive biopsy in order to identify the causal pathogen. There is a need for non-invasive methods of fungal identification to help guide targeted anti-fungal therapy. END_OF_DOCUMENT_TOKEN_TO_BE_REPLACED
Continue Reading
ASCO, Author Interviews, Biomarkers, Prostate Cancer / 20.02.2018

Atul Sharan Co-Founder & CEO at CellMax  MedicalResearch.com: What is the background for this study? What are the main findings? Response: Approximately 30 million men in the United States take the Prostate-Specific Antigen (PSA) screening test. Recent studies published in the Annals of Internal Medicine have established that PSA screenings have resulted in reduced mortality from prostate cancer. However, the problem with the PSA test is that many patients will receive indeterminate results. Only one in five of patients who have taken the test will have a positive biopsy for prostate cancer, but 33 percent of these patients could suffer from biopsy related side effects, and 1 percent will require hospitalization. This study showed that the CellMax CTC blood test can predict which patients in the gray zone will need/have a positive prostate biopsy with a much lower false positive rate than current standard of care tests, potentially reducing unnecessary biopsies in this group by up to 90 percent. At the same time, the sensitivity of this test at 80 percent was comparable to the current standard of care tests, meaning this test was also accurate in ruling out biopsy in patients.  END_OF_DOCUMENT_TOKEN_TO_BE_REPLACED
Continue Reading