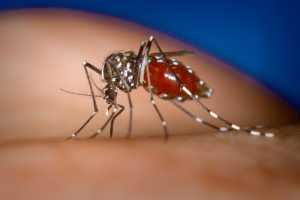 Thomas Lingelbach President & CEO of Valneva MedicalResearch.com: What is the background for this study? Would you briefly explain the significance of Chikungunya disease? Response: Chikungunya is a mosquito-borne viral disease caused by the Chikungunya virus (CHIKV), a Togaviridae virus, transmitted by Aedes mosquitoes. The chikungunya virus causes clinical illness in 72-92% of infected humans around four to seven days after an infected mosquito bite. People infected with chikungunya may suffer from acute onset of fever, debilitating joint and muscle pain, headache, nausea and rash, potentially developing into long-term, serious health impairments such as visual, neurological, heart and gastrointestinal manifestations that in some extreme cases can lead to fatalities. Chikungunya outbreaks have been reported in Asia, Africa, the Americas and Europe. As of 2017, there have been more than one million reported cases in the Americas. The medical burden is expected to grow as the CHIKV primary mosquito vectors continue to further spread geographically. Currently there are no preventive vaccines against Chikungunya making it a major threat to public health. We set out to develop VLA1553, a live-attenuated vaccine candidate, as a potential solution to the growing unmet need chikungunya poses. Our hope is that having a preventative vaccine for chikungunya will allow people living in endemic areas to have peace of mind while enjoying the outdoors. END_OF_DOCUMENT_TOKEN_TO_BE_REPLACED
Continue Reading
Author Interviews, Environmental Risks, Infections, Zika / 17.06.2018 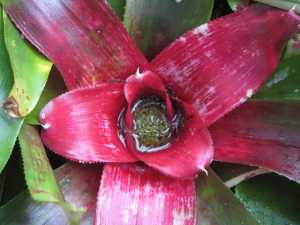 André Wilke, Ph.D. Post Doctoral Associate Division of Environment & Public Health Department of Public Health Sciences University of Miami Miller School of Medicine Clinical Research Building Miami, Florida 33136 MedicalResearch.com: What is the background for this study? Response: As vector-borne diseases pose an increasing public health threat to communities in South Florida and elsewhere, a new study led by public health researchers at the University of Miami Miller School of Medicine has revealed that ornamental bromeliad plants contribute to breeding of the Aedes aegypti mosquito—a key culprit for the Zika outbreak that hit Miami-Dade County and other areas of Florida and the Americas in 2016. In addition to Zika, bites from the Aedes aegypti mosquito can cause dengue, yellow fever and chikungunya. Zika has been linked to microcephaly and other birth defects in unborn babies when pregnant women contract the disease. The family of diseases linked to the Aedes aegypti can cause other severe symptoms. Yellow fever can be fatal. END_OF_DOCUMENT_TOKEN_TO_BE_REPLACED
Continue Reading
Author Interviews, Dengue, Infections, PLoS / 16.01.2015

MedicalResearch.com Interview with: Jose R. Loaiza Smithsonian Tropical Research Institute, Panama City, Panama, Instituto de Investigaciones Científicas y Servicios de Alta Tecnología,  Universidad de Panamá, Ciudad de Panamá, Panamá   Medical Research: What is the background for this study? Response: The mosquito Aedes albopictus is a worldwide vector of both Dengue and Chikungunya viruses. This species invaded Panama in 2002, and it expanded across much of the country since that time. Our main goal was to determine the factors (e.g., ecological and non-ecological) associated with its expansion, and to comment on the implications for vector and disease control programs elsewhere in the American tropics. Medical Research: What are the main findings? Response: We found that road networks alone best predicted the distribution of Ae. albopictus in Panama over other variables such as population density and climate. Our data explain the invasion mode of this mosquito species on a local level and demonstrate a remarkable population expansion velocity across the country. Ae. albopictus is likely moving across the landscape as immature stages (i.e., larvae and pupae) in open water, such as used tires. END_OF_DOCUMENT_TOKEN_TO_BE_REPLACED
Continue Reading