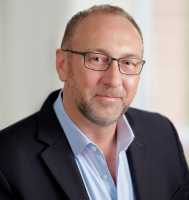 MedicalResearch.com interview with: Dr. Stephen Brand, Chief Development Officer Mycovia Pharmaceuticals  Dr. Stephen Brand discusses the results of Mycovia’s three Phase 3 studies for recurrent vaginal yeast infections (RVVC )and what’s next for the company.  MedicalResearch.com: What is the background for these Phase 3 studies? Answer: Our Phase 3 clinical program for our oral therapy oteseconazole was comprised of three trials enrolling more than 870 patients at 176 sites across 11 different countries. Two of these trials, referred to as VIOLET were identical Phase 3 randomized, double-blind, placebo-controlled clinical trials to evaluate the safety of oteseconazole and its ability to prevent episodes of recurrent vulvovaginal candidiasis (RVVC), commonly referred to as chronic yeast infection. The trials took place over 48 weeks in subjects with an established disease history of at least three episodes of acute VVC in the past 12 months. More than 650 patients randomized at 125 sites across 11 countries. The VIOLET trials consisted of two parts: During the first part of the study which lasted two weeks after patients presented with an active VVC episode, patients were treated with three sequential 150mg doses of fluconazole. The second part consisted of 12 weeks, when the patient either took oteseconazole 150mg or a placebo once weekly (according to a random assignment), and then a 36-week follow-up period. In addition, subjects participating in the VIOLET trials in the U.S. who remained infection-free at their Week 48 visit were offered the opportunity to participate in an extension study and are being monitored for an additional 48 weeks to further define the long-term protection profile of oteseconazole. Eighty-five subjects are enrolled. The third Phase 3 study, called ultraVIOLET, was designed to complement and extend VIOLET as a 50-week randomized, double-blind, placebo-controlled clinical trial to evaluate the safety and efficacy of oteseconazole. In addition the study compared the effectiveness of oteseconazole compared to fluconazole, the current standard of care, to treat an acute VVC infection in the RVVC population. A total of 220 patients were randomized at 51 sites in the U.S. for the ultraVIOLET trial. The ultraVIOLET trial consisted of two parts: In the first part of the study RVVC subjects presenting with an active infection were randomized to receive either 2 days of dosing with oteseconazole or 3 sequential 150 mg doses of fluconazole (every 72 hours). The second part consisted of 11 weeks, when the patient took either oteseconazole or a placebo weekly (according to the random assignment from the first part of the study), and then a 37-week follow-up period. END_OF_DOCUMENT_TOKEN_TO_BE_REPLACED
Continue Reading