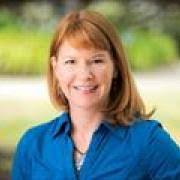 MedicalResearch.com Interview with: Joanne Spetz, PhD Professor Philip R. Lee Institute for Health Policy Studies San Francisco, CA 94143-0936  MedicalResearch.com: What is the background for this study? What are the main findings?  Response: Medication treatment is an important component of treatment for opioid use disorder. Buprenorphine has been the focus of policies designed to increase access to treatment and is the most widely-used medication due to well-established evidence of its efficacy and its accessibility outside licensed narcotics treatment programs. The most common brand name for this medication is Suboxone. There is a shortage of providers authorized to prescribe it, in part because only physicians were permitted to obtain waivers from the Drug Enforcement Agency to prescribe it outside of licensed narcotics treatment programs until the opioid bill of 2016. That bill granted nurse practitioners (NPs) and physician assistants (PAs) the ability to apply for waivers. However, in states that require NPs and/or PAs to be supervised by or collaborate with a physician, there are additional requirements regarding the training of the physician before the NP or PA can apply for a waiver. This affects nearly half of states for NPs, and all states for PAs. We found that the average percentage of NPs with waivers was 5.6% in states that do not require physician supervision, but only 2.4% in more restrictive states. Even after adjusting for other factors, we found that the percentage of NPs with waivers was 75% higher when physician oversight is not required. We didn’t find a similar result for PAs, probably because they must have physician oversight in all states.  END_OF_DOCUMENT_TOKEN_TO_BE_REPLACED
Continue Reading