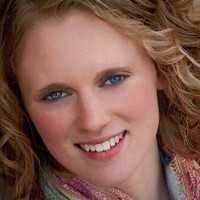 MedicalResearch.com Interview with: Cade M. Nylund, MD, MS, FAAP Major, United States Air Force, Medical Corps Assistant Professor of Pediatrics F. Edward Hébert School of Medicine Uniformed Services University Bethesda, Maryland Medical Research: What are the main findings of the study? Dr. Nylund: The main findings of our study were that among children who were identified as having a diagnosis of Clostridium difficile infection (CDI), CDI was about twice as likely to occur during periods when the child was taking either a proton pump inhibitor or histamine-2 receptor antagonist. In brief, we performed a type of observational study called a self-controlled case series. Our data source was the military health system database which contains billing records for patients seen in military and civilian facilities. We identified all cases of Clostridium difficile infections in children ages 2-18 over the period of October 2001 to July 2013. We also identified periods when children were prescribed both proton pump inhibitors and histamine-2 receptor antagonists over the same time period. We compared the incidence of CDI during periods prescribed acid suppression medications to periods not prescribed these medications. END_OF_DOCUMENT_TOKEN_TO_BE_REPLACED
Continue Reading