Craving the Sun? Twin Study Finds It May Be Genetic

MedicalResearch.com Interview with: Dr Mario Falchi Head of Bioinformatics for the School of Life Course Sciences Department of Twin Research & Genetic Epidemiology King’s College London MedicalResearch.com: What is the background for this study? Response: The relationship between sun exposure and health is a double-edged sword, on one side there is the beneficial effect of vitamin D production and on the other the increased risk of skin cancer, depending on length and frequency of exposure, and on the individual skin type. Despite public health campaigns, changing sun-seeking behaviour seems to be challenging for some people, even for those with a familial or personal history of skin cancer. Previous investigations have suggested that exposure to UV could be addictive.  END_OF_DOCUMENT_TOKEN_TO_BE_REPLACED
Continue Reading
Author Interviews, Dermatology, Technology / 03.04.2020 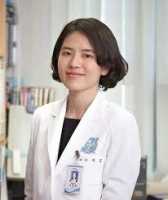 MedicalResearch.com Interview with: Jung-Im Na, MD PhD Associate Professor, Department of Dermatology Seoul National University Bundang Hospital Korea  MedicalResearch.com: What is the background for this study? Would you briefly explain what is meant by a convolutional neural network? Response: When a very young child looks at a picture, she can easily identify cats and dogs, however, even the most advanced computers had struggled at this task until recently. Computers began to “see” with the recent advancement of Deep Learning techniques. Deep Learning is a machine learning technique that teaches computers to learn from raw data. Most deep learning methods use artificial neural network architectures, imitating human brain, and convolutional neural networks (CNN) is a particular type of deep learning architecture, imitating the visual cortex. CNN is especially powerful for recognizing images. CNN exploit the information contained in image datasets to automatically learn features and patterns. END_OF_DOCUMENT_TOKEN_TO_BE_REPLACED
Continue Reading
Author Interviews, Dermatology / 28.05.2019 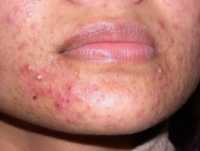 Venkateswarlu (Venkat) Nelabhotla President & Board Member Vyome Therapeutics Inc.,  MedicalResearch.com: What is the background for this study? Response: There are only a handful of antibiotics that are approved for use against the bacterial strain P.acnes that causes acne vulgaris. Because of the lack of new antibiotic treatment options, similar antibiotics are overused resulting in 1 out of 3 patients developing resistance against treatment, ultimately causing a decline in response rates. There is a clear unmet medical need for these patients; currently, patients do not have access to topical antibiotic treatments capable of an effective response without generating resistance. This study was designed to test the efficacy of VB-1953 in such moderate to severe acne patients, who were carrying resistant acne-causing bacteria and had failed to respond to currently approved antibiotics. VB-1953, a bactericidal topical gel formulated antibiotic, differs from these older generation antibiotics in its novel mechanism of action, through which it can kill both sensitive as well as resistant bacteria, while also reducing inflammation . The earlier generation of antibiotics, including treatments like clindamycin, are bacteriostatic in action, i.e. they merely prevent the growth of acne-causing bacteria. VB-1953 is the first bactericidal antibiotic for the treatment of acne that kills acne-causing bacteria. VB-1953 also retards the development of resistance, and reduces inflammation associated with acne via an independent immunomodulatory effect.  END_OF_DOCUMENT_TOKEN_TO_BE_REPLACED
Continue Reading