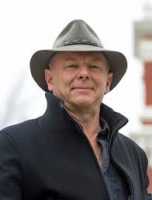 MedicalResearch.com Interview with: Michael Skinner,  PhD Eastlick Distinguished Professor Founding Director, Center for Reproductive Biology School of Biological Sciences Washington State University Pullman WA MedicalResearch.com: What is the background for this study? Response: Over twenty years ago we identified the existence of a non-genetic form of inheritance through analysis of environmentally induced epigenetic transgenerational inheritance of disease, now well established in a number of species including humans.  I was giving a talk on this topic at a meeting in Spain.   This study was initiated following the scientific meeting in Spain with an in vitro fertilization clinical group that said they had access to sperm from males with and without autistic children.  It took several years to collect and characterize the samples, and find financial support for the study.  Once this was done then we did the molecular analysis to see if the sperm from fathers with autistic children had epigenetic, DNA methylation alterations, that associated with them having offspring with autism. END_OF_DOCUMENT_TOKEN_TO_BE_REPLACED
Continue Reading
Author Interviews, Fertility / 19.02.2019

MedicalResearch.com Interview with: Dr Simone Immler PhD School of Biological Sciences University of East Anglia  MedicalResearch.com: What is the background for this study? Response: Sperm produced by one male vary substantially both in their genetic content as well as their swimming ability including speed and duration. In a previous study in the zebrafish, we showed that sperm swimming duration is at least partly determined by the underlying haploid genetic content carried by the different sperm within an ejaculate (alavioon et al. 2017 PNAS). If sperm with different swimming ability differ in their genetic content, we expect to see differences among the offspring sired by sperm that vary on their swimming ability. In our new study, we tested how selection on  sperm swimming duration affects offspring fitness. We performed in vitro fertilisation assays mimicking natural conditions in the externally fertilising zebrafish. We split the ejaculate of one male into two halves and in one half we added the sperm straight away to the eggs, allowing all motile sperm to have a go at fertilising an  egg. In the second half, we activated the sperm but delayed the moment of fertilisation by 25 seconds and thus selected for the longer swimming sperm. In this treatment only sperm that were still swimming after this period of time (about 50%) were able to fertilise an egg. We then reared the offspring to adulthood and measured number of offspring produced throughout life and measured lifespan. We found that sperm that were able to swim for longer sired offspring that not only produced more and healthier offspring but also lived for longer than their full siblings sired by sperm with reduced swimming ability. Our previous research (Alavioon et al. 2017 PNAS) suggests that these differences are caused at least partly by genetic differences among sperm. END_OF_DOCUMENT_TOKEN_TO_BE_REPLACED
Continue Reading
Author Interviews, Fertility, Nature / 09.06.2018

MedicalResearch.com Interview with: Tomer Avidor-Reiss, Ph.D.  Professor, College of Natural Sciences and Mathematics Department of Biological Sciences University of Toledo Toledo, OH 43606 MedicalResearch.com: What is the background for this study? What are the main findings? Response: Most dividing cells in the body need exactly two centrioles for normal cell division and development. Abnormalities in centriole number can cause cancer and devastating developmental defects. Because of this importance of centriole number and because all cells originate from the zygote – the product of the sperm and egg – it makes sense that the zygote should possess two centrioles, as well. However, the egg does not contain any centrioles, so the sperm is the sole contributor of the centrioles; and yet, it is currently thought that the sperm contains only one centriole. This is problematic because supposedly that leaves the zygote with only one centriole, even though it must propagate cells with two centrioles. In the past, we found that insect sperm have an atypical centriole that escaped discovery because it is so different. We therefore hypothesized that humans may also have an atypical sperm centriole. Our new paper shows that in human sperm there exists, in addition to the known centriole, a second centriole that deviates from the typical structural and composition that is expected from a centriole. Although it looks very different from any centriole ever described, we found that it functions in an in vitro functional assay. Furthermore, during fertilization, it performs the functions traditionally associated with centrioles. Together, this resolves a 50-year-long debate regarding the centrioles of human sperm; the sperm contains two functional centrioles, despite that one is atypical.  END_OF_DOCUMENT_TOKEN_TO_BE_REPLACED
Continue Reading
Author Interviews, Fertility, OBGYNE, PNAS / 23.08.2016

MedicalResearch.com Interview with: Peter Sutovsky PhD Professor of Animal Science in the College of Agriculture, Food and Natural Resources University of Missouri Professor of Obstetrics, Gynecology and Women’s Health at the School of Medicine University of Missouri Health System MedicalResearch.com: What is the background for this study? What are the main findings? Response: Strictly maternal inheritance of mitochondria, the cellular power stations, and mitochondrial genes that mitochondria harbor, is a major biological paradigm in mammals. Propagation of paternal, sperm-contributed mitochondrial genes, resulting in a condition called heteroplasmy, is seldom observed in mammals, due to post-fertilization elimination sperm mitochondria, referred to as “sperm mitophagy.” Our and others’ recent results suggest that this process is mediated by the synergy of ubiquitin–proteasome system (UPS) pathway that recycles outlived cellular proteins one molecule at a time, and autophagic pathway capable of engulfing and digesting an entire mitochondrion. Here we demonstrate that the co-inhibition of the ubiquitin-binding autophagy receptor proteins SQSTM1, GABARAP, and UPS, and the UPS protein VCP dependent pathways delayed the digestion of sperm mitochondria inside the fertilized pig egg. By manipulating said proteins, we created heteroplasmic pig embryos with both the paternal and maternal mitochondrial genes. Such animal embryos that could be used as a biomedical model to research and alleviate certain forms of mitochondrial disease. END_OF_DOCUMENT_TOKEN_TO_BE_REPLACED
Continue Reading
Stem Cells / 04.08.2011

Making sperm from stem cells in a dish

Researchers have found a way...