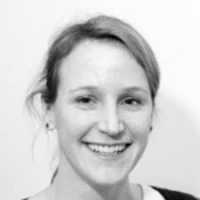 In our new study, we tested how selection on  sperm swimming duration affects offspring fitness. We performed in vitro fertilisation assays mimicking natural conditions in the externally fertilising zebrafish. We split the ejaculate of one male into two halves and in one half we added the sperm straight away to the eggs, allowing all motile sperm to have a go at fertilising an  egg. In the second half, we activated the sperm but delayed the moment of fertilisation by 25 seconds and thus selected for the longer swimming sperm. In this treatment only sperm that were still swimming after this period of time (about 50%) were able to fertilise an egg.

We then reared the offspring to adulthood and measured number of offspring produced throughout life and measured lifespan. We found that sperm that were able to swim for longer sired offspring that not only produced more and healthier offspring but also lived for longer than their full siblings sired by sperm with reduced swimming ability. Our previous research (Alavioon et al. 2017 PNAS) suggests that these differences are caused at least partly by genetic differences among sperm.

Response: Overall we so far showed that selection for longer lived sperm within the ejaculate of zebrafish males:

Response: This study provides striking evidence for the potentially important role of selection among sperm within a single ejaculate. In the zebrafish, such selection has a major effect on reproductive health and lifespan. Our findings are unprecedented and show that it is important to improve our understanding of the processes occurring during the short gametic phase. The potential for selection on sperm is vast, for one because they are produced in large numbers but only few fertilise eggs and because they have to overcome numerous hurdles on the way to fertilisation. Understanding what the selective pressures are that sperm face on their way to the egg will help us improve our understanding on what traits to focus on to improve fertilisation success rates.

Response: A necessary next step is to understand how general our findings are for other species, and we started related research in humans. Our study opens up new questions about the role of selection acting on sperm and which traits determine the fertilisation success of each sperm. We also need to know which genes are involved in determining sperm fertilisation ability.

This research was funded by the European Research Council through a Starting Grant (StG HapSelA-336633) and by the Knut and Alice Wallenberg Foundation (Wallenberg Academy Fellowship) to SI.

Selection for longer lived sperm within ejaculate reduces reproductive ageing in offspring
published in the journal Evolution Letters on February 14, 2019.