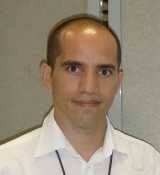 MedicalResearch.com Interview with: Douglas Arnold, MD The Montreal Neurological Institute & Hospital McGill University Montreal, QC, Canada MedicalResearch.com: What is the background for this study? Response: Diroximel fumarate (DRF) is a novel oral fumarate, with a distinct chemical structure that is being developed for relapsing forms of multiple sclerosis (MS). It is hypothesized that the distinct chemical structure of DRF may elicit less localized irritation in the gastrointestinal (GI) tract, potentially leading to improved GI tolerability. Diroximel fumarate is expected to have similar efficacy as dimethyl fumarate (marketed as TECFIDERA®), as both are converted to equivalent levels of monomethyl fumarate in the body. The EVOLVE-MS-1 study is primarily evaluating the safety of DRF and also exploring efficacy endpoints.   END_OF_DOCUMENT_TOKEN_TO_BE_REPLACED
Continue Reading
Author Interviews, McGill, PNAS / 20.02.2019

MedicalResearch.com Interview with: Ben Gold, a PhD candidate Lab of Robert Zatorre The Neuro (Montreal Neurological Institute and Hospital) McGill University MedicalResearch.com: What is the background for this study? What are the main findings?  Response: Music is just sound in air, but it carries considerable power. It captivates our brain’s reward system, we devote an enormous amount of time and money to it, and we're just beginning to tap its therapeutic potential. We wanted to explore how something so abstract could have such an impact, and since music is so well suited to establishing and manipulating patterns of sound as it unfolds, we focused on how it manipulates expectations. Previous research has shown that surprises are often the most emotional and pleasurable moments in music listening, but whether and how this engaged the brain's reward system was unclear. So we adapted an experimental protocol designed for studying learning and surprise about more concrete rewards like food or money, and applied it to a musical context during brain imaging. This protocol relies on participants making decisions from which we could infer their expectations, allowing us to estimate how surprised they were by each outcome whenever it occurred. In our case, we asked participants to make choices about colors and directions that were associated with different musical outcomes, but we didn't tell them what those associations were so that they they started with no expectations and learned as they went. We found that our participants could learn about music just like they would learn about how to find food or win money, and that the same neural process was involved. Specifically, we saw that the activity of the nucleus accumbens -- a central hub of the reward system -- reflected both how pleasant and how surprising each musical outcome was: a computation known as a reward prediction error. Across individuals, those who better represented these reward prediction errors in their nucleus accumbens also learned better about the music in the experiment, making more decisions over time to find the music they preferred.  END_OF_DOCUMENT_TOKEN_TO_BE_REPLACED
Continue Reading