Most Urinary Bacteria Do Not Require Antibiotics

MedicalResearch.com Interview with: Prof. Lindsay E Nicolle Department of Internal Medicine, School of Medicine Rady Faculty of Health Sciences University of Manitoba, Winnipeg, Canada MedicalResearch.com: What is the background for these updated guidelines? What are the main recommendations? Response: The guideline updates the guideline previously published in 2005. There is some new information published in the interim, but the recommendations from the earlier guideline have not changed. In addition, some populations not included in the 2005 guideline are addressed in the update. These include children, transplant recipients, and patients undergoing elective surgery with prosthesis implantation. END_OF_DOCUMENT_TOKEN_TO_BE_REPLACED
Continue Reading
Author Interviews, JAMA, Urinary Tract Infections, Urology, UT Southwestern / 02.10.2018 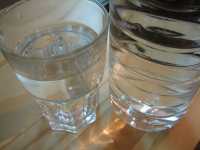 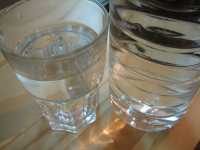 Professor Yair Lotan MD Chief of Urologic Oncology Holder of the Helen J. and Robert S. Strauss Professorship in Urology UT Southwestern Medical Center at Dallas Department of Urology Dallas, Texas 75390-9110 MedicalResearch.com: What is the background for this study? What are the main findings? Response: Urinary tract infections are extremely common in women and many women experience recurrent episodes which impact their quality of life. There are also many women who do not drink as much water as is recommended. This study found that in healthy women with recurrent UTIs who drink less than 1.5 liters per day, the additional intake of 1.5 liters of water daily reduced the risk of recurrent infections by nearly 50%. END_OF_DOCUMENT_TOKEN_TO_BE_REPLACED
Continue Reading
Author Interviews, Infections, Pain Research, PLoS, Urinary Tract Infections / 17.05.2018

Ibuprofen Can Not Replace Antibiotics in Uncomplicated UTI

MedicalResearch.com Interview with: Ingvild Vik MD Doctoral Research Fellow Department of General Practice Institute of Health and Society - UiO University of Oslo, Norway MedicalResearch.com: What is the background for this study? Response: Uncomplicated urinary tract infection (UTI) is the most common bacterial infection in women. It is painful and troublesome, and even though it is often self-limiting most women who see a doctor will be prescribed an antibiotic, as antibiotics provide quick symptom relief. Antibiotic resistance is a growing, serious public health problem. Antibiotic use is the main contributor to antibiotic resistance, and to stop the rapid development it is crucial that we reduce unnecessary use of antibiotics. Antibiotics can cause unpleasant and potentially severe side effects, so avoiding unnecessary use is also beneficial for the individual patient. A small German trial published in 2010 by Bleidorn et al. suggested that ibuprofen was non-inferior to the antibiotic ciprofloxacin in achieving symptomatic cure in uncomplicated UTI. This inspired us to conduct a larger trial to compare the anti-inflammatory drug ibuprofen to antibiotics in the treatment of uncomplicated UTI. END_OF_DOCUMENT_TOKEN_TO_BE_REPLACED
Continue Reading
AHRQ, Author Interviews, Electronic Records, Urinary Tract Infections / 26.08.2014

MedicalResearch.com Interview with: Craig A Umscheid, MD, MSCE, FACP Assistant Professor of Medicine and Epidemiology Director, Center for Evidence-based Practice Medical Director, Clinical Decision Support Chair, Department of Medicine Quality Committee Senior Associate Director, ECRI-Penn AHRQ Evidence-based Practice Center University of Pennsylvania, Philadelphia, PA 19104 Medical Research: What are the main findings of the study? Dr. Umscheid: We found that targeted automated alerts in electronic health records significantly reduce urinary tract infections in hospital patients with urinary catheters. In addition, when the design of the alert was simplified, the rate of improvement dramatically increased. Approximately 75 percent of urinary tract infections acquired in the hospital are associated with a urinary catheter, which is a tube inserted into the bladder through the urethra to drain urine. According to the Centers for Disease Control and Prevention, 15 to 25 percent of hospitalized patients receive urinary catheters during their hospital stay. As many as 70 percent of urinary tract infections in these patients may be preventable using infection control measures such as removing no longer needed catheters resulting in up to 380,000 fewer infections and 9,000 fewer deaths each year. Our study has two crucial, applicable findings. First, electronic alerts do result in fewer catheter-associated urinary tract infections. Second, the design of the alerts is very important. By making the alert quicker and easier to use, we saw a dramatic increase in the number of catheters removed in patients who no longer needed them. Fewer catheters means fewer infections, fewer days in the hospital, and even, fewer deaths. Not to mention the dollars saved by the health system in general. In the first phase of the study, two percent of urinary catheters were removed after an initial “off-the-shelf” electronic alert was triggered (the stock alert was part of the standard software package for the electronic health record). Hoping to improve on this result in a second phase of the study, we developed and used a simplified alert based on national guidelines for removing urinary catheters that we previously published with the CDC. Following introduction of the simplified alert, the proportion of catheter removals increased more than seven-fold to 15 percent. The study also found that catheter associated urinary tract infections decreased from an initial rate of .84 per 1,000 patient days to .70 per 1,000 patient-days following implementation of the first alert and .50 per 1,000 patient days following implementation of the simplified alert. Among other improvements, the simplified alert required two mouse clicks to submit a remove-urinary-catheter order compared to seven mouse clicks required by the original alert. The study was conducted among 222,475 inpatient admissions in the three hospitals of the University of Pennsylvania Health System between March 2009 and May 2012. In patients’ electronic health records, physicians were prompted to specify the reason (among ten options) for inserting a urinary catheter. On the basis of the reason selected, they were subsequently alerted to reassess the need for the catheter if it had not been removed within the recommended time period based on the reason chosen. END_OF_DOCUMENT_TOKEN_TO_BE_REPLACED
Continue Reading
Author Interviews, Urinary Tract Infections, Urology / 23.08.2014

MedicalResearch.com Interview with: Steve J. Hodges MD Associate Professor, Department of Urology Wake Forest University School of Medicine Medical Center Blvd, Winston-Salem, NC Medical Research: What are the main findings of this study? Dr. Hodges: The main findings of this study were that skin irritants (typically urine) may cause vulvitis in prepubertal girls, which leads to an alteration of their perineal microbiome, with increased colonization by uropathogenic bacteria, increasing the risk of UTI. END_OF_DOCUMENT_TOKEN_TO_BE_REPLACED
Continue Reading
Infections, JAMA, Urinary Tract Infections / 26.07.2011

In premenopausal women who have...