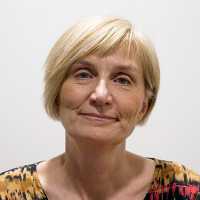 MedicalResearch.com Interview with: Lee Hooper PhD, RD Reader in Research Synthesis, Nutrition & Hydration Norwich Medical School Norwich, UK  MedicalResearch.com: What is the background for this study? Response: Polyunsaturated fats are common healthy eating choices, and fish oil (long-chain omega-3 including EPA and DHA) and flaxseed (containing alpha-linolenic acid, ALA, a plant-based omega-3) supplements are commonly consumed. Worldwide cardiovascular disease was responsible for 37% of premature deaths due to non-communicable disease in 2012, and cancers were responsible for 27%.  Small effects of omega-3 and polyunsaturated fats on cardiovascular diseases and cancers could have big effects on worldwide health. END_OF_DOCUMENT_TOKEN_TO_BE_REPLACED
Continue Reading
Author Interviews, Cancer Research, Cost of Health Care, JAMA / 08.01.2019 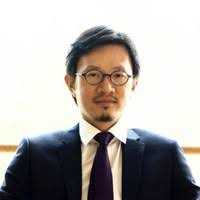 MedicalResearch.com Interview with: Kiu Tay-Teo, PhD World Health Organization Geneva, Switzerland MedicalResearch.com: What are the main findings? Response: High costs and high risks of R&D for drugs have been presented to justify high drug prices, especially for cancer drugs. However, it is unclear whether prices are in fact justifiable compared to the overall return on R&D investment. In this paper, we systematically compared incomes from the sales of cancer drugs with the R&D costs. We quantified the incomes generated from the sales of 99 cancer drugs approved by FDA from 1989–2017. This was based on sales figures reported in the originator companies’ annual financial reports, and where necessary, estimates deduced from the reported figures. The sales incomes were net of rebates and discounts, but without accounting for expenses and taxes. For the R&D costs of bringing one new cancer drug to the market, the literature reported a typical costs of between $219 million and $2.9 billion, after accounting for the costs of failed products that were investigated but not marketed and the opportunity costs. For the main analysis, we used a median cost of $794 million, as reported in the literature. To be clear, this analysis did not estimate profit return because we do not have information about the costs and year-to-year variations in costs (i.e. expenses and taxes) specific to cancer drugs. END_OF_DOCUMENT_TOKEN_TO_BE_REPLACED
Continue Reading