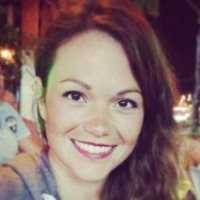 Response: Bulimia nervosa is an eating disorder characterised by repeated episodes of binge-eating and inappropriate compensatory behaviours. It is associated with multiple medical complications and with an increased risk of mortality. Although existing treatments for bulimia are effective for many patients, a sizeable proportion remain symptomatic following therapy and some do not respond at all.

Evidence shows that bulimia is underpinned by functional alterations in certain brain pathways, including those that underlie self-control processes. Neuroscience-based techniques with the ability to normalise these pathways may therefore hold promise as treatments for the disorder.

One such technique is called transcranial direct current stimulation (tDCS) – a form of non-invasive brain stimulation that delivers weak electrical currents to the brain through two electrodes placed on the head. It is safe and painless, and the most common side effect is a slight itching or tingling on the scalp.

MedicalResearch.com: What did the study involve?

Response: Our study investigated the potential of tDCS to induce therapeutic effects in people with bulimia. Thirty-nine volunteers with the disorder received 20 minutes of real tDCS and 20 minutes of placebo tDCS on two separate days at least 48 hours apart (they were unaware of which session was which). The stimulation was administered to an area of the brain involved in self-control.

Volunteers completed several questionnaires before and after each session, which measured their urge to binge eat and several other eating disorder symptoms such as their fear of weight gain and self-esteem difficulties. We also measured self-control before and after each tDCS session using a decision-making task involving choices about hypothetical sums of money. For each choice, volunteers had to pick between a smaller amount of money available.

Response: Our results showed that bulimia symptoms were significantly reduced by the real tDCS but not by the placebo tDCS. For example, baseline scores on the urge to binge eat scale decreased by 31 per cent following real tDCS. In addition, we found that the real but not the placebo tDCS made people more willing to wait for the larger, delayed sums of money in the decision-making task. This is thought to reflect an increase in self-control.

Response: This research suggests that tDCS may have potential for development as a treatment for bulimia.

Response: The next step is to conduct a trial with a larger sample and multiple sessions of tDCS over a longer period of time, to help determine whether the treatment can lead to long-lasting clinical gains in patients with bulimia.

Response: The advantage of tDCS is that it’s much less expensive and more portable than other brain stimulation techniques, which raises the possibility of one day offering treatment that could be self-administered at home by patients with bulimia. This could either be as an addition to existing psychological therapies or as a stand-alone, alternative approach.

This research was funded by an Institute of Psychiatry, Psychology & Neuroscience/Medical Research Council Excellence studentship.