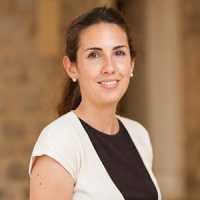 Response: I thought the question of whether moderate alcohol consumption is harmful or protective to the brain was a really interesting and important one, particularly because so many people drink this amount. There were a few studies reporting that a little alcohol may protect against dementia or cognitive decline, but the few brain imaging studies were conflicting in their results and had methodological limitations.

We examined whether alcohol consumption over a 30-year period was associated with brain imaging and memory decline in a group of 550 non-alcohol dependent individuals from the remarkable Whitehall II cohort. Subjects completed questionnaires and had clinical examinations approximately every 5 years over the 30 years of the study, and had detailed brain scans at the end.

Response: The three key findings are:

1. That people who drank more over the 30 years had higher odds of hippocampal atrophy compared to those who did not drink.
2. Alcohol consumption was inversely correlated with the integrity of white matter tracts.
3. People drinking more than 7 units of alcohol per week experienced a faster decline in language fluency over the study compared to those not drinking.

Response: The key message is that in this study, we found moderate drinking (within U.S. safe limits) was associated with multiple adverse structural brain outcomes and faster cognitive decline, rather than being protective.

Response: Although these results are striking, it is important to remember they are from one study on a specific group that may not be representative of the wider population. We need to see if we can replicate these findings in different cohorts. If we can, I hope we can start to ask deeper questions about who is particularly vulnerable to such effects, or whether certain drinking patterns confer higher risk.

Response: My thanks to my co-authors and the Whitehall II participants, which whom this study would not have been possible. I have no disclosures.