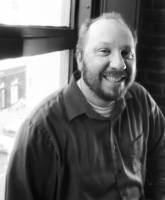 Dr. Mahncke earned his PhD at UCSF in the lab where lifelong brain plasticity was discovered. At the request of his academic mentor, he currently leads a global team of more than 400 brain scientists engaged in designing, testing, refining, and validating the computerized brain exercises found in the BrainHQ app from Posit Science, where he serves as CEO.

Earlier this year, MedicalResearch.com interviewed Dr. Henry Mahncke about the BRAVE Study he led, which showed a digital health app (BrainHQ) was effective in addressing chronic cognitive issues in servicemembers who had been diagnosed with “mild” Traumatic Brain Injury. This week, MedicalResearch.com interviews Dr. Mahncke again about a new independent study among civilians showing similar results in patients with all kinds of Brain Injuries.

Response: The Centers for Disease Control (CDC) estimates that about 5.3 million people currently live with a chronic disability from a Traumatic Brain Injury (TBI). While most people who suffer a blow to the head recover in a couple days or weeks, for some (estimated as high as 15 percent) the injury persists with a variety of life-disrupting symptoms, including impairments in cognitive abilities, behavior, emotions, and motor function affecting work, relationships, and daily function.

TBIs have been the signature injury of recent wars. Nearly 400,000 service members have been diagnosed with TBIs, of which 82% were diagnosed with so-called “mild” TBIs from concussions and blast injuries. More than a decade ago, we began being asked by military and Veterans organizations, to study whether our brain exercises – which had shown positive effects in measures of cognition, everyday function, mood, and motor function in healthy older adults – could have an impact on people with chronic symptoms from TBIs.

We talked earlier this year, when an 83-person, gold-standard, randomized controlled trial on mTBI (called the BRAVE Study) announced quite positive results from using BrainHQ exercises. That study was funded by the Department of Defense and run as five military and Veterans medical centers. The BRAVE Study found the BrainHQ group showed a statistically and clinically significant improvement on a standard measure of overall cognitive function (compared to a computer games control), and this benefit persisted for at least 12 weeks after training completed. Cognitive function improvements were nearly four times larger in the BrainHQ group than the control (as measured immediately following training) and grew to nearly five times larger (when measured again 12 weeks after training ended). On average, participants in the BrainHQ group improved on the cognitive performance composite measure by 24 percentile ranks – as though they went from the 50th percentile to the 74th percentile.

One large question left unanswered from the BRAVE study was whether this approach might also work for other categories of TBIs, such as moderate and severe TBIs. A new study from independent researchers at NYU answers that question.

MedicalResearch.com: What are the main findings? Did the control arm participants also improve? Were the improvements persistent?

Response: Researchers, led by Dr. Gerald Voelbel at NYU, enrolled 48 patients with chronic symptoms from TBIs that had persisted an average of 8 years after the initial injury. Fifteen of the patients were classified as mild TBI, five as moderate TBI, and 28 as severe TBI.

The participants in the intervention group were asked to complete 40 hours of BrainHQ auditory exercises over a period of 12 weeks. The participants in the control group were asked to engage in cognitive stimulating activities (e.g., reading, doing puzzles, or exercising) and were called each week to get a report on the number of hours they engaged in such activities.

Participants in the intervention showed statistically significant improvements in standard objective measures of executive function, attention and working memory (as compared to the control). The intervention group also showed improvement in a standardized patient-report measure of cognition. The control group showed no improvements. This study has not published any follow-on results.

MedicalResearch.com: What should readers take away from the NYU report?

Response: There are now two studies published this year which show that chronic cognitive issues, which can persist for years after a TBI, can be addressed successfully with a plasticity-based brain training intervention, which adjusts continuously to each user. This is the first highly-scalable intervention shown in randomized controlled trials to address such issues.

In addition, this type of intervention can be administered remotely – as it was in the BRAVE Study – meaning it can reach people in their homes, even in locations that are far from large urban medical centers.

MedicalResearch.com: What recommendations do you have as a result of this study?

Response: While, as a researcher, I should always recommend further research (and certainly more and larger studies are always a fair recommendation), my main recommendation is that – given a large population in need and no other highly-scalable alternatives – we need to apply what we have learned from these studies to make changes in clinical practice, especially practice guidelines for treating TBIs. Most chronic issues from TBIs go largely untreated. Given what the research tells us, that seems inexcusable.

Response: Almost two decades ago, I was recruited by my PhD advisor, Dr. Michael Merzenich, to head up a global team to get new brain science out of the lab and into the hands of the people it could help. That science was based on the discovery that the brain remains plastic – capable of chemical, structural, and functional change – regardless of age or condition.

Our effort has resulted in BrainHQ, an app that measures brain performance and provides personalized, plasticity-based, computerized brain exercise regimens to improve brain health and performance.

BrainHQ has now been shown effective in hundreds of peer-reviewed studies. I was the lead author of the BRAVE study mentioned above, pulling together the efforts of independent researchers at five military and Veterans medical centers. I had no direct involvement in the NYU study discussed above, but have a direct interest in its findings, as the CEO (and a shareholder) of Posit Science, which makes BrainHQ.

The final step in translational research – after the research is published – is to encourage policy makers and other to make use of those results. That’s why I am here today discussing these two recent studies with you and your readers. Thanks for that opportunity.