01 Feb Don’t Heat Food in Plastic Containers, Even If Microwave or Dishwasher Safe 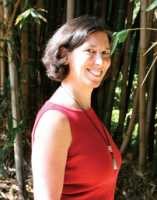 Dr. Wayne: I started this work because of my concern about our continuous exposure to BPA and other endocrine disrupting chemicals. Our first study published in 2008 showed that low doses of BPA accelerated embryonic development and birth within 24 hours of exposure. We extended this work more recently by investigating the impact of BPA and BPS (a common BPA-substitute) on the timing of birth and development of the reproductive system in embryos.

Our research showed that low levels of BPS had a similar impact on the embryo as BPA. In the presence of either BPA or BPS, embryonic development was accelerated leading to abnormal stimulation of the reproductive system. Additionally, BPA caused premature birth. This is cause for concern with human health consequences to long-term exposure to low levels of potentially dozens of endocrine disrupting chemicals that are in our environment.

Dr. Wayne: People should be concerned about exposure to all endocrine disrupting chemicals, including BPS, and limit as much as possible the storage of food and beverages in plastic containers. Buy food and beverages in glass containers. Do not heat food in plastic containers, even if it says microwave or dishwater safe. Unfortunately, these chemicals are everywhere in our environment – but limiting contact with them will lower exposure.

Dr. Wayne: The research on BPS and other endocrine disrupting chemicals should be extended to a variety of species, including mammals and human cells in culture. Doing comparative work provides a lot of information on the extent of impact of these chemicals. We cannot do these types of studies in humans because of ethical considerations, but if there is widespread impact across multiple species — it is likely altering human cell functions in a similar way.