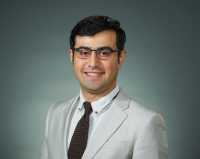 17 Mar Increased Distribution, but Pronounced Regional Variation, in US Buprenorphine Use

Response: The opioid buprenorphine is a mu and nociceptin receptor partial agonist, and serves as an antagonist to kappa and delta receptors. These properties contribute to this medication being a first-line evidence-based agent in Opioid Use Disorder (OUD) treatment. There have been policy changes intended to increase buprenorphine (which goes by brand names Suboxone or Subutex) availability, but access remains below optimal levels. Relative to methadone, buprenorphine is more expensive. The “abstinence only” mentality of 12-step programs for addiction treatment continues to be influential.

The objective of this study was to extend our pharmacoepidemiology knowledge regarding utilization and characterize the regional disparity in distribution in the U.S. over the last decade. Data was obtained from Drug Enforcement Administration’s Automated Reports and Consolidated Ordering System (ARCOS), a comprehensive drug reporting system of controlled substances from their point of manufacturing to point of sale and distribution.

Response: One of the main findings was the continual increase of buprenorphine distribution over the past decade. This is likely linked to the legislative changes such as The Comprehensive Addiction and Recovery Act of 2016 , later strengthened by the SUPPPORT Act, allowing other healthcare providers (PA, CRNP, other certified nurses), in addition to physicians, to be involved as part of comprehensive OUD care and reaching a greater patient population.  From 2007 to 2017, pharmacies showed a seven-fold in increase in buprenorphine distribution while hospitals witnessed a five-fold increase. Throughout the studied period, approximately 95% of buprenorphine’s distribution was through pharmacies.

Secondly, there was a non-homogenous utilization of buprenorphine in different regions of country. Distribution was highest in the eastern US. Midwestern and rural states, such as Kansas, Nebraska, Iowa and South Dakota, had the lowest state-wide rates of distribution which still exceeded that of the US Territories. There was a twenty-fold difference between the highest (Vermont at 40.4 mg/person) and lowest (South Dakota at 2.1 mg/person) states. The variation could be accounted for by the limited subset of eligible prescribers who have obtained a DEA waiver training to prescribe OUD pharmacotherapies. There was a strong association between the prevalence of buprenorphine distribution and the number of waivered physicians in each state (r = 0.94). Finally, the Medicaid program spent $1.1 billion on the various buprenorphine formulations in 2018 alone.

Response: Federal legislation has increased buprenorphine distribution. However, there continues to be pronounced regional disparities in buprenorphine assess. Part of this may be driven by the non-homogenous impact of the opioid crisis and opioid overdoses on the US.

Response: This research serves as an important development in identifying the trends of the OUD pharmacotherapy buprenorphine. The multifactorial origins of the regional differences, including pharmacoeconomic considerations, should be a topic for future research. Also, the Drug Enforcement Administration generously makes the ARCOS dataset publicly available. We continue to be surprised that more public health researchers or data journalists have not used this comprehensive resource.