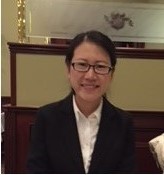 Response: Coffee drinking was associated with a lower risk of total mortality and mortality due to cardiovascular disease, neurological diseases, and suicide. Similar associations of caffeinated and decaffeinated coffee consumption with risk of total and cause-specific mortality were found. Therefore, coffee consumption can be incorporated into a healthy lifestyle. However, as we do not know whether coffee drinking has acute effect on blood pressure, it is safer to consume moderate amount of coffee (3 to 5 cups per day or up to 400 mg/d caffeine).

Response: First, the biological mechanism of the inverse association between coffee drinking and risk of mortality is not known. It has been shown the chlorogenic acid, lignans, quinides, trigonelline, and magnesium in coffee might reduce insulin resistance and systematic inflammation.

However, it still needs further investigation how those nutrients functions.

Second, using a perspective cohort design, our study examined the association of long-term coffee drinking with risk of mortality. However, coffee might have an acute effect on blood pressure due to caffeine. This research question is worth further exploration.