01 Nov No Link Found Between Macrolide Antibiotics and Birth Defects 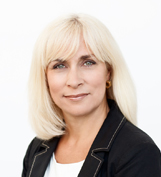 Medical Research:  Should we have any reservations about prescribing these macrolides during pregnancy?

Dr. Bérard: With penicillin, macrolides are amongst the most used medications in the general population and in pregnancy. However, debate remained on whether it is the infections or in fact the macrolides used to treat them that put women and their unborn child at greater risk of adverse pregnancy outcomes, including birth defects.
Our study was performed within the Quebec Pregnancy Cohort, one of the largest pregnancy cohorts in the World, and did not find a statistically significant association between macrolide use (a widely used class of antibiotics) during pregnancy and the risk of malformations. When looking at specific types of macrolides, no association was found between azithromycin, clarithromycin or erythromycin use during the first trimester of pregnancy and the risk of major malformations or cardiac malformations. This is reassuring when treating infections during pregnancy.

Dr. Bérard: Up until 2005, macrolides were considered safe during pregnancy. However, in 2005, a Swedish study found that pregnant women using erythromycin (a type of macrolide) were doubling their risk of having a child with cardiovascular malformations. This led the Swedish and Norwegian regulatory Medicines Agencies to issue warning against its use during the first trimester of pregnancy. No such warnings have been issued in the US and Canada. Our study did not report an association between macrolide use overall, and for specific types of macrolides (including erythromycin), during the first trimester of pregnancy and the risk of major or cardiac malformations.

The main difference between our study and the Swedish study is that we were able to adjust (or take into account) the indication (infections – any) before and during the 1st trimester in our model. Given that infections themselves are associated with birth defects, our study was able to differentiate the effect of the underlying indication from the effect of the drug. The Swedish study was not able to do that and probably inflated the effect of macrolides on birth defects.

Medical Research: What main message would you hope for physicians to take away from this report?

Dr. Bérard: Our study is reassuring but each woman is different and a thorough risk/benefit analysis should be done on an individual basis. Almost 40% of pregnant women will use at least one antibiotic at some point in time during pregnancy. Penicillin is the most frequently used antibiotic followed by macrolides mostly used to treat urinary tract infections or sexually transmitted infections (which are also associated with birth defects). Given that the average pregnant woman is resistant to penicillin, macrolides are an additional treatment option. This has great public health implications given the high frequency of infections during pregnancy. However, larger studies are still required to determine the risks of less frequently used macrolides.

Medical Research: What other points, if any, would you like to make?

Dr. Bérard: One should always be concerned about the risks and benefits of medication use during pregnancy, and specifically during the first trimester (organogenesis). We cannot say that a medication is safe given the limitation in the studies performed. At present, we can say that our study is reassuring for the use of macrolides during the first trimester of pregnancy – we did not find an increase in the risk of malformations above the baseline risk (baseline risk of major malformations = 3-5%; risk of heart defects = 1%).

Medical Research: What recommendations for additional research would you have?

Dr. Bérard: Futures studies should look at all specific macrolides. Some macrolides are not used in Quebec and were thus not able to study them.