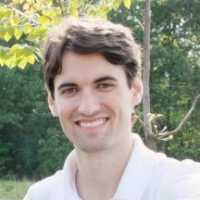 Response: Our group is interested in understanding the molecular and cellular mechanisms that underly itch sensation. Our study focused on peripheral sensory neurons of the DRG that mediate responses to itch-inducing stimuli, in particular the inflammatory mediator histamine and the antimalarial drug chloroquine. It has been shown that histamine and chloroquine activate distinct G protein–coupled receptors (GPCRs) in sensory neurons innervating the skin. Two members of the transient receptor potential (TRP) family of ion channels, TRPV1 and TRPA1, have been found to be important mediators of histamine- and chloroquine-induced itch signaling, respectively.

Response: We have found that a third member of this TRP family, TRPV4, was also important for both histamine and chloroquine induced-itch. Moreover, TRPV4 and TRPV1 form interactive complexes in sensory neurons that enhance TRPV4 activity. Taken together, our results suggest that blocking TRPV1 and TRPV4 activity may be a useful approach for treating chronic itch.

Response: The main take away is that sensory neurons use a wide array of receptors and channels to encode distinct types of itch information from the skin to the spinal cord and brain. TRPV4 plays a key role in this process by transmitting several types of itch signaling and TRPV4 interacts with TRPV1 to enhance signaling of itch in sensory neurons.

Response: Since our study has indicated that TRPV4 and TRPV1 work in concert to transmit itch information, further work is needed to determine more precisely how these channels interact. Future studies are needed to identify key regions or domains of these channels that are important for their interaction with each other. Once identified, we can then work to develop strategies to selectively block these TRPV4-TRPV1 interactions, which could be useful for treating chronic itch.