19 Nov MARIANNE Study of HER2+ Metastatic Breast Cancer: Trastuzumab Emtansine With or Without Pertuzumab vs Trastuzumab Plus Taxane 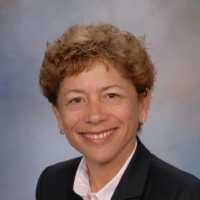 Response: In the MARIANNE study, we had hoped to show improvement in PFS without the use of traditional chemotherapy in people with previously untreated HER2-positive metastatic breast cancer. While the study didn’t achieve this outcome, we continue to study Kadcyla and Perjeta, as well as investigational treatments for other types and stages of breast cancer, with the goal of improving outcomes for patients

Response: Over the past 30 years, we’ve made significant progress in treating HER2-positive metastatic breast cancer — one of the most aggressive forms of breast cancer — with medicines that extend patients’ lives across the course of their disease. We are continuing to evaluate the data from MARIANNE to better understand potential reasons for these results and remain committed to helping people with breast cancer. We also continue to study Kadcyla and Perjeta, as well as investigational treatments for other types of breast cancer, in various settings and combinations.