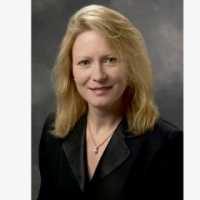 Response: We were interested in focusing on young women with breast cancer as this is a high-risk patient population that is not studied on its own in clinical trials. Furthermore, the available data on treating breast cancer with neoadjuvant chemotherapy (NAC) does not include detailed outcomes for women under the age of 40 years.

Because most women who are diagnosed with breast cancer in this age group will have aggressive disease, most of them will be treated with NAC followed by surgery. From prospective randomized trials we know that women with breast cancer who attain a pathologic complete response (PCR) to neoadjuvant chemotherapy fare significantly better than those who do not. In addition, existing data suggest that a complete response in the lymph nodes also portends a better prognosis. This is the foundation for the currently ongoing NSABP B-51/RTOG 1304 trial, which is evaluating the role of nodal irradiation in those women who attain a pathologic complete response in the lymph nodes after NAC. We wanted to know whether differences in pathologic response in the breast versus lymph nodes led to different clinical outcomes in this patient group.

We evaluated outcomes following neoadjuvant chemotherapy for breast cancer in 155 women age 40 and younger. We focused on pathologic response in the breast and lymph nodes as predictors of disease recurrence and survival. We found that any residual disease in either the breast or lymph nodes lessened the chance of cure significantly.

Importantly, women who attained a complete response in the lymph nodes but continued to have residual disease in the breast fared just as poorly as those who remained lymph node positive following neoadjuvant chemotherapy.
MedicalResearch.com: What should readers take away from your report?

Response: Continued aggressive treatment is indicated for women under 40 who do not achieve a pathologic complete response in both the breast and lymph nodes when treated with neoadjuvant chemotherapy.

De-escalation of treatment in the form of omitting adjuvant radiation treatment should not be attempted outside of a clinical trial setting at this time.

Response: Although it will be several years, we await the results of NSABP B-51/RTOG 1304, which will shed more light on the role of radiotherapy after neoadjuvant chemotherapy.