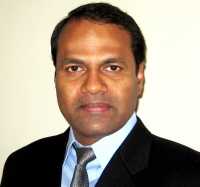 Response: Pancreatic cancer remains as one of the most deadly malignancies in the world. Recently, a cremophor-free and albumin-bound formulation of paclitaxel (nab-PTX, Abraxane) in combination with gemcitabine (GEM, Gemzar) is recently approved as a standard of care treatment option for patients with metastatic pancreatic cancer. Majority of the newly diagnosed pancreatic cancer patients use the nab-PTX plus GEM regimen. Currently there are over 100 clinical trials at various stages with this regimen as a backbone to approved medicines or investigational agents. Since widely available cremophor-based paclitaxel (PTX, Taxol) is a key chemotherapy component for the treatment of several human malignancies and the treatment cost of nab-PTX is relatively higher than PTX, patients, clinicians, third party payers and regulatory agencies have a substantial interest in understanding whether these two drugs provide a similar level of therapeutic efficacy in pancreatic cancer.

We utilized orthotopic models of human pancreatic cancer, which were shown to better recapitulate the histologic and metastatic characteristics of disease, and compared the anticancer efficacy, effect on tumor stroma modulation, metastatic spreading to distant organs and survival following GEM, PTX, nab-PTX and combinations of GEM plus PTX or nab-PTX. The preclinical trial used a total of 300 mice with established orthotopic pancreatic tumors. The tumors used for implantation were originally resected from the primary tumors of patients with moderately differentiated and poorly differentiated pancreatic cancer.