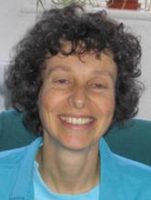 Response: PSA testing identifies many men with prostate cancer, but they do not all benefit from treatment. Surgery, radiation therapy and various programs of active monitoring/surveillance can be given as treatments for fit men with clinically localized prostate cancer. Previous studies have not compared the most commonly used treatments in terms of mortality, disease progression and patient-reported outcomes. In the ProtecT study, we used a comprehensive set of validated measures, completed by the men at baseline (before diagnosis), at six and 12 months and then annually for six years.

The main finding is that each treatment has a particular pattern of side-effects and recovery which needs to be balanced against the findings from the paper reporting the clinical outcomes (Hamdy et al).

In brief, these results show that general quality of life in terms of physical mobility and mental wellbeing (including anxiety and depression) were the same between the groups, but bothersome treatment side-effects were different. Urine leakage (incontinence) and sexual difficulties were more common in the surgery group than in the other groups. There was some improvement after the first six months, but more men continued to be affected by these problems in the surgery group than the other groups throughout follow up.

Bowel problems, sexual difficulties and some problems with urination were experienced in the radiotherapy group at six months. Most of these problems improved in most men over the next two years, but some men experienced some continuing bowel problems.

Men who stayed on active monitoring avoided the side-effects of radical treatments. However, half of the men changed to surgery or radiotherapy by the end of follow-up and so some urinary and sexual difficulties increased gradually over time after these treatments or because of natural declines from getting older.

This research has shown that there are advantages and disadvantages to each treatment – active monitoring, radiation therapy and surgery – and provided a lot of detail about the detailed impact of the treatments. A key message is that men do not need to rush a decision about treatment, but should consider the differences between the treatments in terms of disease progression and side-effects, and make a choice that suits their views about their quality of life and current or likely future health concerns.

Response: Further research needs to investigate better strategies to differentiate between prostate cancers that will progress from those that will not. We need to follow these men up for longer – probably 5-10 years – to discover how survival, progression and impacts on quality of life will develop over time and thus inform on the longer term trade-offs between side effects of treatment and long-term outcome.

Response: The paper reporting the clinical findings from the ProtecT trial (Hamdy et al) showed very few deaths among these men with localised prostate cancer diagnosed following a PSA test – they had a 99% survival chance with prostate cancer, regardless whether the treatment was active monitoring, radiation therapy or surgery.

Patient-Reported Outcomes after Monitoring, Surgery, or Radiotherapy for Prostate Cancer