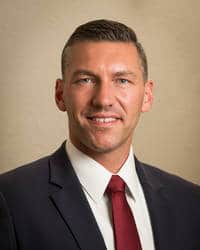 MedicalResearch.com: What is the background for this announcement? Would you briefly explain what is meant by systemic sclerosis and how it affects lung function?

Response: In September, the U.S. Food and Drug Administration (FDA) approved Ofev as the first and only therapy to slow the rate of decline in pulmonary function in patients with systemic sclerosis-associated interstitial lung disease (SSc-ILD). The FDA granted priority review and Fast-Track designation earlier this year.

Interstitial lung disease (ILD) is characterized by thickening and scarring of lung tissue and is the leading cause of death among people with systemic sclerosis (SSc), also known as scleroderma. In fact, approximately 25 percent of SSc patients develop significant lung involvement within three years of diagnosis. Prior to this approval, there were no options for this patient population, making this an exciting announcement for the community.

MedicalResearch.com: How does nintedanib differ from other medications for pulmonary fibrosis?

Response: Ofev is a selective tyrosine kinase inhibitor, antifibrotic agent and is an important scientific advancement for the current landscape to treat patients living with this rare disease. The therapy has already been approved in the U.S. and more than 70 countries for the treatment of patients living with idiopathic pulmonary fibrosis (IPF) and has been shown to slow disease IPF progression by reducing the annual rate of decline in lung function, as measured by forced vital capacity (FVC).

MedicalResearch.com: What are the main findings of the SENSCIS trial?

Response: SENSCIS® is a Phase III, double-blind, randomized, controlled clinical trial that evaluated Ofev versus placebo. The trial, which was the largest randomized controlled trial to date in SSc-ILD, included 576 patients from 194 trial sites across 32 countries.

Positive results from the SENSCIS trial showed Ofev significantly slowed the progression of lung function decline by 44% (41 mL/year) in patients with SSc-ILD relative to placebo, as measured by FVC over 52 weeks. The safety and tolerability of Ofev were evaluated in SSc-ILD patients. The most common adverse reactions (occurring in greater than or equal to 5%) in Ofev-treated patients compared to placebo included: diarrhea, nausea, vomiting, skin ulcer, abdominal pain, liver enzyme elevation, weight decreased, fatigue, decreased appetite, headache, fever, back pain, dizziness and hypertension.

This supplemental new drug application was submitted to the FDA in the first quarter of 2019 based on these trial results. It was granted Priority Review in May 2019 and approved in September 2019.

Response: This approval brings hope to a community in need of new options to treat SSc-ILD. To support people living with SSc-ILD who are prescribed Ofev, Boehringer Ingelheim has developed OPEN DOORS® – a comprehensive patient support program that provides a broad range of nursing, social resources, and financial support services.