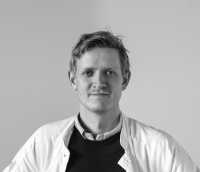 Finally, we observed a ≈4-fold decrease in incidence of sudden cardiac death in infants with congenital heart defects after implementation of nationwide fetal ultrasound screening in 2005.

From 2000-2009, we observed a significant and marked decline in incidence of sudden cardiac death in infants with congenital heart defects. Although this decline coincides with the implementation of nationwide fetal ultrasound screening in 2005, our findings offer no causative link between the two due to the observational nature of our study. Other possible explanations for our findings include a decreased live birth prevalence of congenital heart defects unrelated to screening and improved medical and surgical treatment of these defects in general.

Prenatal screening for congenital heart defects can lead to a decreased incidence of sudden cardiac death in several ways: