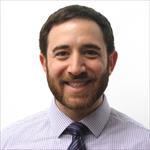 Dr. Secemsky: Strategies to reduce bleeding, such as the selective use of procedural anticoagulants, have become an integral component of current percutaneous coronary intervention (PCI) practice to decrease adverse outcomes. For instance, previous randomized clinical trials had demonstrated that use of bivalirudin, a direct thrombin inhibitor, reduces major bleeding events following PCI among patients presenting with acute myocardial infarction (AMI) compared with unfractionated heparin (UFH). These findings resulted in a major increase in bivalirudin use during PCI.

However, more recent trials have contradicted these results and created uncertainty as to the relative safety and effectiveness of bivalirudin therapy. In addition, current United States guidelines do not endorse a primary antithrombotic strategy during PCI, leaving the choice of procedural anticoagulant to the discretion of the physician operator. As such, we wanted to determine how bivalirudin was currently being used among United States PCI operators and how usage may have changed in light of these trial findings.

Dr. Secemsky: We used data from the NCDR CathPCI Registry from July 1, 2009 through December 31, 2014 for this analysis. We found that bivalirudin use increased linearly from 2009 through 2013, being administered in over half of all PCIs by the end of 2013. However, this was followed by an almost 10% decline in use by the end of 2014. There was also a sharp increase in UFH monotherapy use starting in 2014. These changes corresponded with the presentation of the HEAT-PPCI study (March 2014), which found no difference in major bleeding between bivalirudin and UFH monotherapy and an increase in the composite ischemic endpoint with bivalirudin use.

Dr. Secemsky: The current study demonstrates that significant variability in the choice of anticoagulant strategy during PCI for AMI persists among contemporary United States physician operators.  The observed change in temporal trends may reflect the lack of consensus among United States operators regarding which anticoagulant strategy provides optimal outcomes during PCI for AMI. This is supported by the timing of major shifts in patterns of anticoagulant use, which appeared to be largely and immediately influenced by the release of clinical trial data.