01 Sep Recent Spike in Plague Cases in Western US 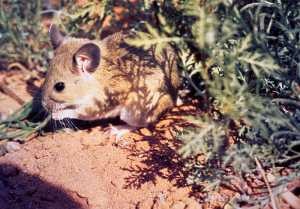 The White-Throated Wood Rat, is a proven carrier of plague vector fleas.

Response: Plague, a bacterial disease that is endemic to the Western United States, is most famous for the destruction it caused during the Middle Ages when it killed over half the population of Europe.  Today, plague still infects people around the world and there are a handful of cases each year here in the U.S.  However, this year where there are normally 3-7 cases, there have been 12 cases since the beginning of April.

Response: One of the main reasons CDC issued our report on this year’s plague cases was because we want to remind clinicians and their patients that plague should be considered as a diagnosis if the symptoms, travel history, and exposure fit.  Most cases occur between late spring and early fall, so there might still be more cases this year.  It’s good to be aware of three things: where cases occur, how the disease is spread, and how to prevent it.

Response: We know that the number of plague cases can vary from year to year, which more cases in some years than others.  This is likely due to the complex ecology of plague spread among rodents that are reservoirs for the disease.  Exploring this more may help us be better able to advise people who live in and visit the Western United States about their risk for plague.