22 Jun Modifying One Gene For Oxytocin Changes Behavior in Humans 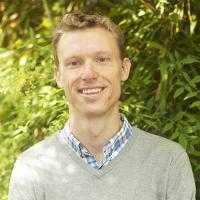 Response: A burgeoning body of evidence highlights the role of several key genes within the oxytocin signaling pathway linked to sociability. Although many studies strongly supports the role of OXTR in the phenotypic expression of sociability in humans, the roles of other oxytocin pathway genes, such asOXT, has received relatively little attention.

Response: This study shows that epigenetic modification of OXT is an important factor associated with individual differences in social processing, including self-report, behavior and brain function and structure in humans.

Response: Perhaps there may be ways to target the way specific genes are methylated which may be an approach to help people with problems in social-cognition, such as autism.

Response: It would be great to investigate the way methylation patterns of OXT change throughout the lifespan.

Response: This study indicates that epigenetic modification of OXT may influence several forms of sociability in humans and helps the way we understand the evolutionary and genetic basis of normal and abnormal human sociability.