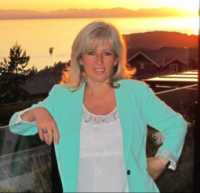 Dr. Popova: It has been known for many years that prenatal alcohol exposure is associated with a number of adverse health consequences for both the mother and developing fetus. Women who consume alcohol during pregnancy place their child(ren) at risk of developing Fetal Alcohol Spectrum Disorders (FASD), and can experience a number of other adverse pregnancy outcomes including stillbirth, spontaneous abortion, premature birth, intrauterine growth retardation, and low birth weight. It was also previously known that people with FASD have many comorbidities (the simultaneous presence of two or more chronic diseases or conditions in a patient) due to the permanent damage of prenatal alcohol exposure on the fetus. However, until now it was unknown how many and what type of diseases, and at what frequencies they occur. Therefore, we reviewed the medical and epidemiological literature to identify the disease conditions that have been found to occur in people with FASD. Then based on the identified studies we estimated the pooled (combined) prevalence of the comorbid conditions found to occur among individuals with Fetal Alcohol Syndrome (FAS; the most severe and visibly identifiable form of FASD). We restricted our analysis to FAS because it is the only expression of FASD in the World Health Organization’s International Classification of Diseases, version 10 (ICD-10).

Dr. Popova:  From the existing studies we identified over four hundred disease conditions that co-occur in people with Fetal Alcohol Spectrum Disorders. These conditions span across 18 out of the 22 chapters of the ICD-10. The most prevalent comorbid conditions found to occur among individuals with FAS were within the Congenital malformations, deformities and chromosomal abnormalities (Q00-Q99; 43%), and Mental and behavioural disorders (F00-F99; 18%) chapters of the ICD-10. Some of these comorbid conditions (e.g., language, auditory, visual, mental and behavioural problems) are highly prevalent among individuals with FAS, ranging from 50 to 91%; these impairments have lifelong implications. We also found that the prevalence of some disease conditions is notably higher among people with FAS compared to the general population. For example, among people with FAS, the frequency of disorders of psychological development was estimated to be up to 98 times higher than the general population in the United States, and blindness, low vision and hearing loss were 31, 71, and 129 times higher, respectively.

Dr. Popova:  Unfortunately, Fetal Alcohol Spectrum Disorders is not widely recognized by health care practitioners and as such, is largely underdiagnosed or misdiagnosed. This can be attributed to a lack of training and thus, efforts need to be made to increase the capacity of primary care pediatricians and physicians with regard to FASD recognition and diagnosis. It is imperative to include  Fetal Alcohol Spectrum Disorders in medical school curriculums and initiate mandatory training of health care providers, psychiatrists, as well as psychologists, social workers, individuals working within the justice system, and other professionals. Based on the finding of this study, clearly, pediatricians and other health professionals should consider FASD when evaluating developmental and behavioral problems in children such as, hyperactivity, school failure, microcephaly, language disorders, problem with attention, and learning disabilities, just to name a few. Further, it is imperative that physicians start an open conversion with women of childbearing age about their use of alcohol. If a problem is apparent, brief interventions should be implemented.

The findings of this study highlight that there is an urgent need to establish universal screening for prenatal alcohol exposure, using a standardized screening protocol, for all newborns, especially among at-risk populations. Such screening could not only lead to the close monitoring of a child’s development, ultimately leading to early diagnosis and interventions, if necessary, but also the prevention of secondary disabilities such as poor academic performance, mental health problems, and alcohol and drug use, and the opportunity to prevent the (re)occurrence of FASD within families and across generations.